Posted on December 20, 2018 by theschneiduks

Fair warning….this is going to be a Debbie Downer post…

So, one of the many things Hoi An is famous for is the Lantern Festival held on each full moon.  We were so excited (ok, I was so excited and Robert was only mildly enthused) when we realized we would be in Hoi An for a Lantern Festival.  And, it turned out to be a complete dud. 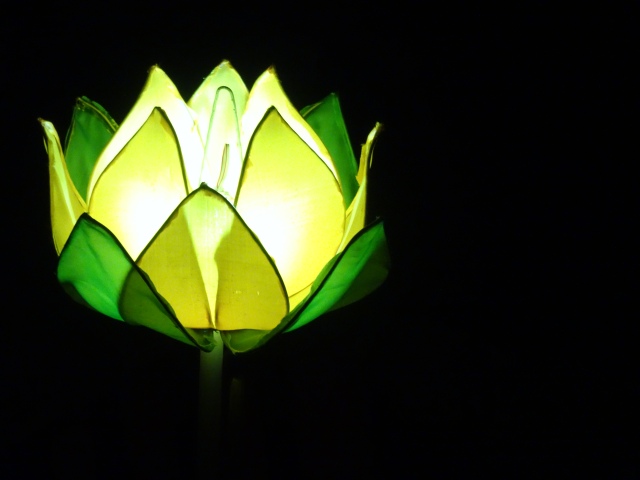 Lantern on a boat in Hoi An.

As I understand it (and, admittedly, my understanding on this point is not solid), the full moon is one of the most sacred times in the Buddhist calendar.  Accordingly, the full moon is celebrated by, among other things, burning incense and paper offerings and putting offerings out in front of store fronts and homes.  And, in Hoi An, the full moon is celebrated by sending colorful lanterns lit with a candle down the river.  Apparently, the lantern tradition started in the 16th or 17th century and is said to be (depending on what you read) an offering to gods or ancestors or to bring good luck or love or health or happiness or all of the above.

Lanterns and boats on the river.

But, you know what?  While the local Vietnamese people did put out offerings and burn incense, I’m pretty sure the only people floating lanterns down the river were tourists.  And, many of the tourists were downright rude.  One lady literally ducked in front of Robert’s tripod and put her head right in front of his camera lens so she could get the shot he was trying to get.  And, you know what else?  Because you can buy the lanterns and float them down the river every single night, the Lantern Festival wasn’t much different than any other night of the year (except for the fact that the town shuts off most of the electric lights along the river during the Festival).  And, you know what else?  All we could wonder was:  what happens to all the paper and candle wax being put in the river every single night?  What kind of ecological disaster is it creating?  (We did not buy a lantern).

So, bottom line, while it is pretty to see the lanterns floating down the river, you can see that pretty much every day in Hoi An and we wouldn’t put the Lantern Festival on the list of “must sees” in Vietnam.

Lisa has a degree in biology and another in law and has spent the last 20 years working as a patent litigator. She is a voracious reader of young adult dystopian fiction and watches far too much bad tv. She loves pretty much anything to do with zombies, and doesn’t think there is anything weird about setting an alarm at 6 am on a weekend to stumble to a pub to watch her beloved Chelsea boys. Robert has had many professions, including a chef, a salesman, an IT guy and most recently, a stay at home dog dad. He speaks Italian and hopes to learn Spanish on this trip. He loves nothing more than a day spent sailing, hopes to do more scuba diving, and rues the day he introduced Lisa to football (i.e., soccer).
View all posts by theschneiduks →
This entry was posted in Vietnam and tagged hoi an, holidays. Bookmark the permalink.