Posted on April 5, 2020 by theschneiduks

Our first hotel was awful, but it had a great deck where I spent hours watching birds.  Hummingbirds were a constant presence.  In the morning, they would sit nicely in the trees waiting for food to be put out. 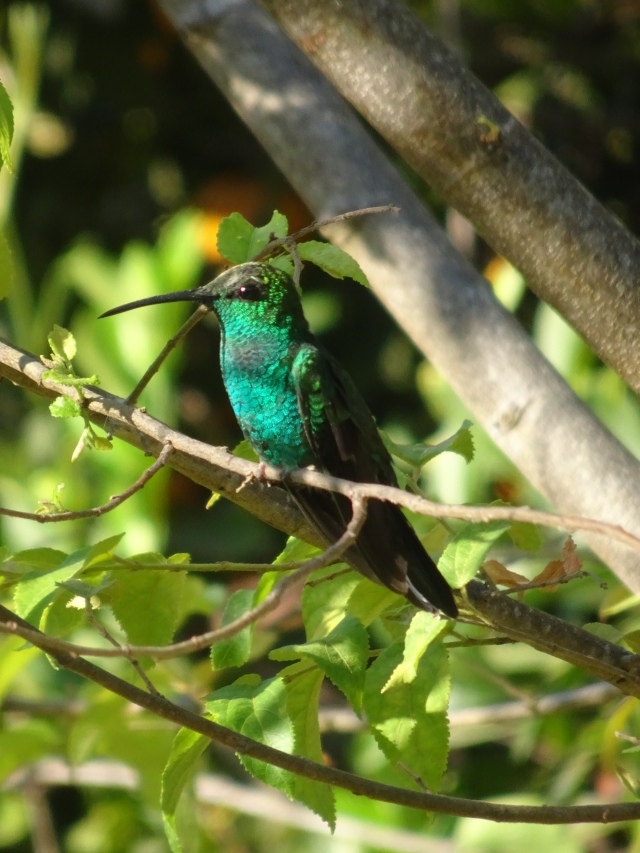 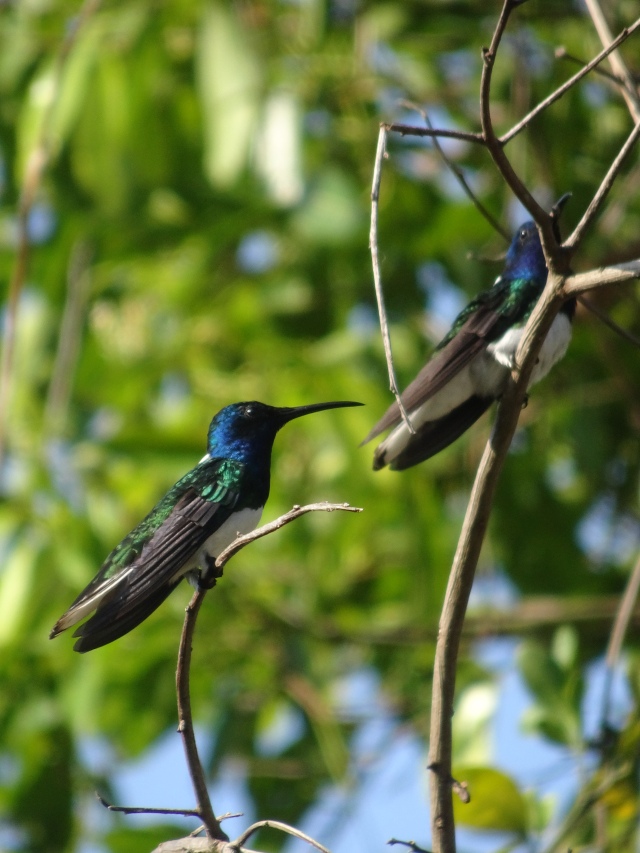 Once the food was put out, it was amazing to watch them fly.  And, they were fearless.  I swear one or two ruffled my hair as they flew by me. 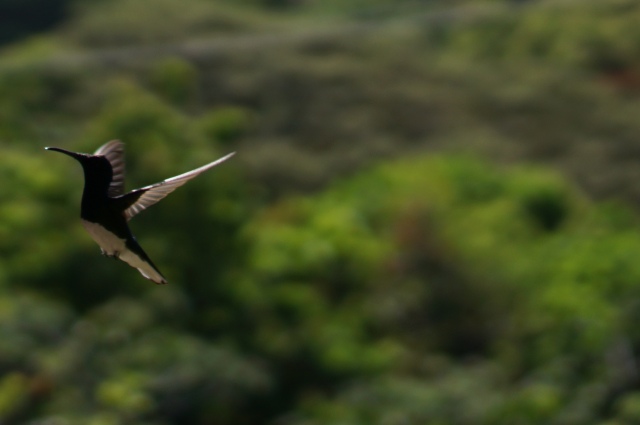 The hotel also had an orange tree just off the deck that attracted a large variety of birds.  My favorites were the four toucans (aracari toucans of some sort) that hung out most days eating oranges.  Watching them peel the oranges with their beaks and then pluck out orange segments was beyond cool.

Other birds loved the oranges too.

I’m not sure what this guy is called.  If you know, please tell me.  The blue was beautiful though. 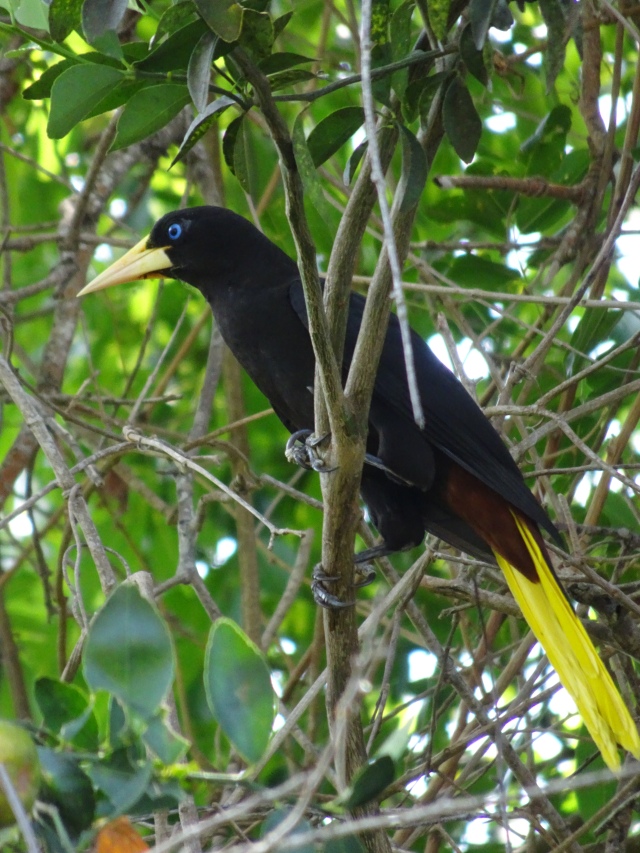 I’m pretty sure this is a oropendola of some sort (maybe a crested oropendola?).  They were everywhere in Minca.  They make the strangest noises and nest in hanging nests that remind me of a 1970’s macrame project gone wrong.

There were plenty of other birds that hung out at the hotel too.

These little yellow guys were everywhere.  I think it might be a tropical kingbird, but don’t quote me on that.  I couldn’t keep all the different yellow birds straight.

These cute little blue birds liked to hang out in the front yard of our Minca hotel.  It might be a blue-gray tanager but, again, don’t quote me on that.

We did a bird watching tour, but it was a bit of a bust.  Our guide was awful and got all excited about tiny, little birds we could barely see.  We did find one pretty one on the tour though.

Isn’t this guy gorgeous?  No idea what he is.

Our second hotel was also good for bird watching.

Pretty sure this is a woodpecker (maybe a red-crowned woodpecker?).

Such a bright yellow!  And it sung such a pretty song.

But the best part of our second hotel were the toucans.  Several evenings (and one morning) they flew around the hotel and perched in nearby trees.  They were beautiful and looked so weird when flying.  Plus, they make a noise that sounds more like a bullfrog than a bird.

A toucan at our hotel.

If you like birds, Minca has so many of them.  Just double up on bug spray and bring plenty of calamine lotion….

Lisa has a degree in biology and another in law and has spent the last 20 years working as a patent litigator. She is a voracious reader of young adult dystopian fiction and watches far too much bad tv. She loves pretty much anything to do with zombies, and doesn’t think there is anything weird about setting an alarm at 6 am on a weekend to stumble to a pub to watch her beloved Chelsea boys. Robert has had many professions, including a chef, a salesman, an IT guy and most recently, a stay at home dog dad. He speaks Italian and hopes to learn Spanish on this trip. He loves nothing more than a day spent sailing, hopes to do more scuba diving, and rues the day he introduced Lisa to football (i.e., soccer).
View all posts by theschneiduks →
This entry was posted in Colombia and tagged minca, nature photography. Bookmark the permalink.

4 Responses to Bird watching in Minca*