Day trip to Lucca and Pisa

A day trip to Lucca is a piece of cake from Florence, and well worth it.  Just hop on the train and go. 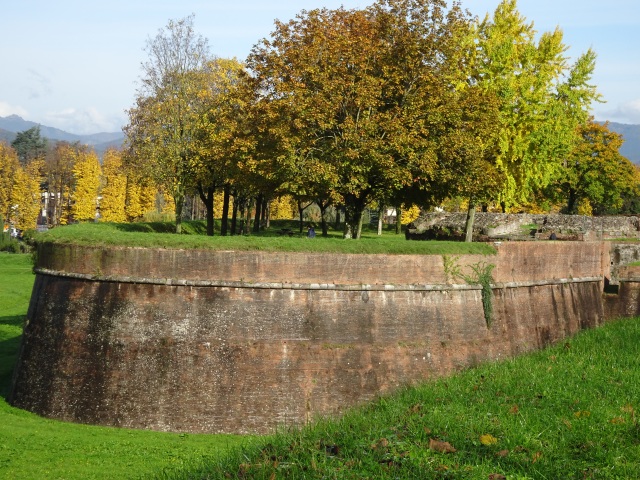 Lucca is an old, medieval, walled city.  The walls still encircle the city, which is rare indeed.  In fact, Lucca is on the tentative list for new UNESCO world heritage sites because of its walls.  And, the walls are so wide you can actually (well, at least if you are a cop) drive on the walls.  The rest of us are limited to biking, walking, or jogging on the walls. 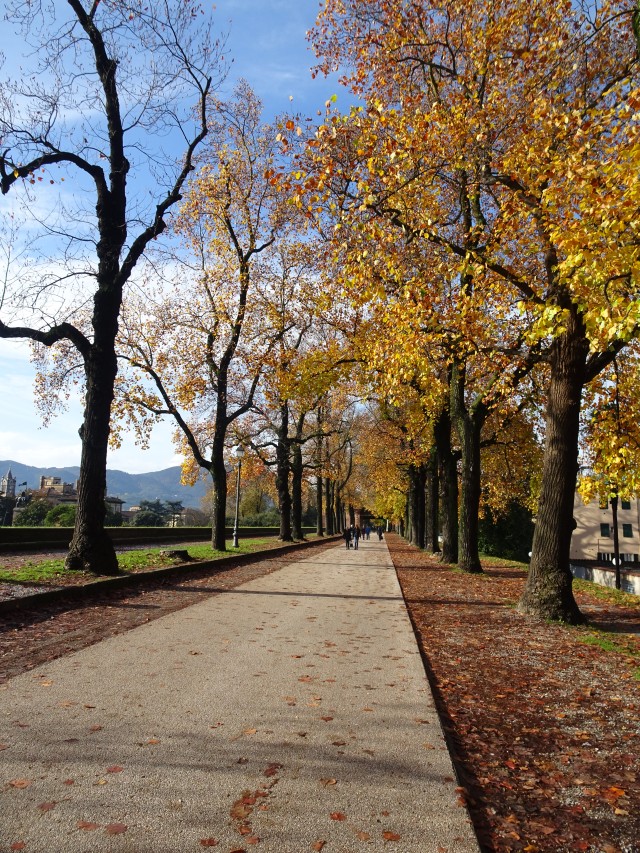 The wall around Lucca.

Lucca has been around since the third century or so.  It was conquered by Napoleon back in 1805, and Napoleon thereafter gave the entire city to his sister and named his sister the princess of Lucca.  I guess things worked a bit differently back then. 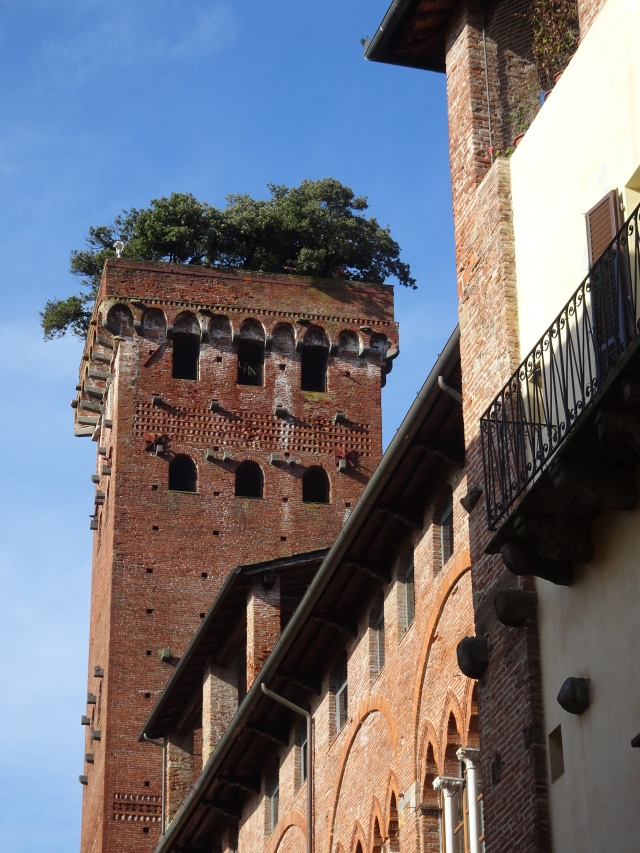 There are a ton of churches in Lucca.  Our favorite was probably the Chiesa di San Michele in Foro. 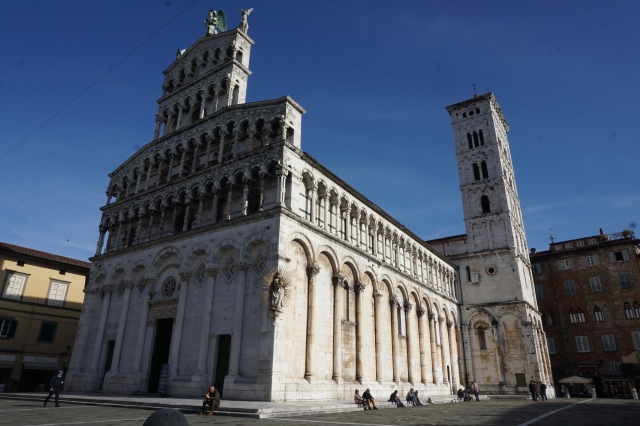 We wandered in and were surprised to spot this corpse.  Apparently, while information is sparse, this is the corpse of San Davino.  He was an Armenian pilgrim back in the 11th century and his body supposedly acquired some supernatural powers after his death — although I can’t find any details on what those alleged supernatural powers might be.  And, it turns out, there is a second church in Lucca with a mummified body in it.  We stupidly didn’t go into that church, but if you happen to visit Lucca the body of the patron saint of Lucca is in San Frediano church.  From the photos I’ve seen on the internet, her body is in better shape than San Davino’s body. 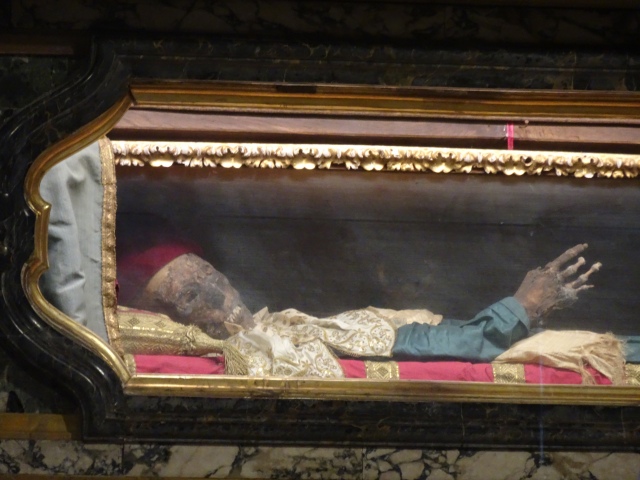 There wasn’t a ton of street art to be found in Lucca, but if you keep your eyes peeled you might spot a piece or two. 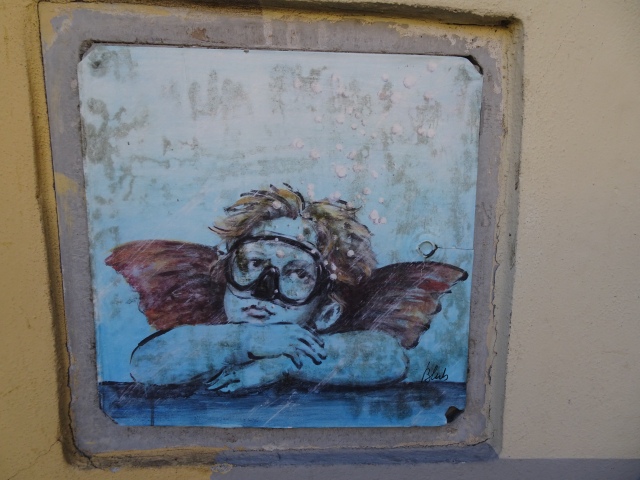 One of the few pieces of street art we came across in Lucca.

Should you finish your explorations of Lucca while the sun is still out, Pisa is only a 30 minute train ride away. 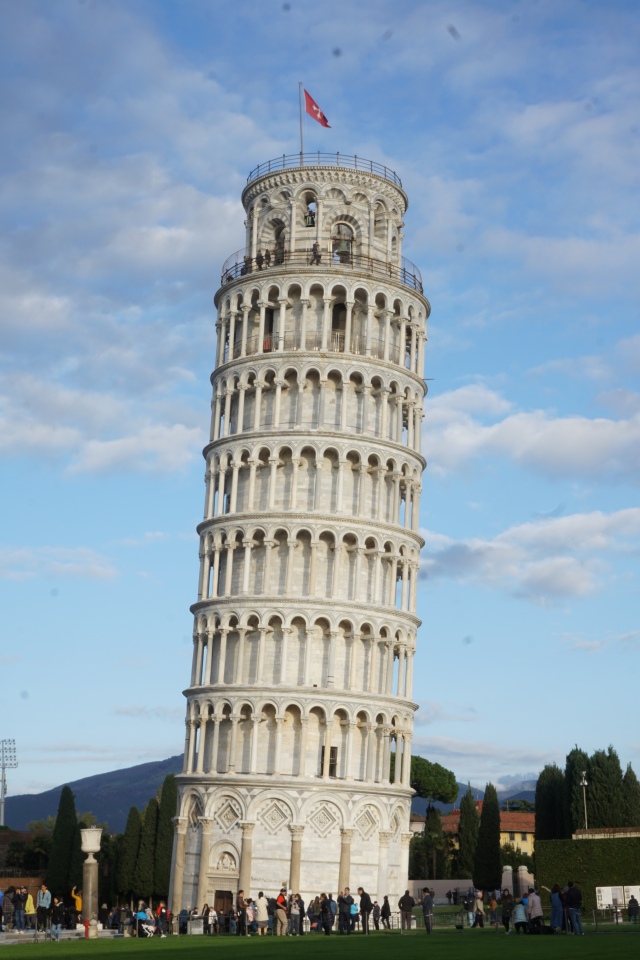 The Leaning Tower of Pisa is actually part of a large complex of buildings that have been designated a UNESCO world heritage site.  Pisa also has some interesting river views. 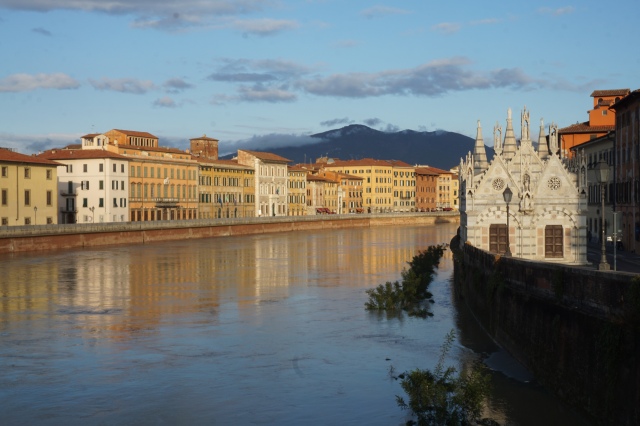 Pisa along the river.

But, if you do this day trip, whatever you do, don’t eat at Pizzeria Dal Puccini in Luca.  It was our worst meal in all of Italy.

Lisa has a degree in biology and another in law and has spent the last 20 years working as a patent litigator. She is a voracious reader of young adult dystopian fiction and watches far too much bad tv. She loves pretty much anything to do with zombies, and doesn’t think there is anything weird about setting an alarm at 6 am on a weekend to stumble to a pub to watch her beloved Chelsea boys. Robert has had many professions, including a chef, a salesman, an IT guy and most recently, a stay at home dog dad. He speaks Italian and hopes to learn Spanish on this trip. He loves nothing more than a day spent sailing, hopes to do more scuba diving, and rues the day he introduced Lisa to football (i.e., soccer).
View all posts by theschneiduks →
This entry was posted in Italy and tagged lucca, pisa, unesco world heritage site. Bookmark the permalink.