The best statues in Florence

Posted on January 5, 2020 by theschneiduks

If you visit Florence and you like sculpture at all (hell, even if you don’t like sculpture), you must must must see Michelangelo’s David.  It is one of the most impressive pieces of art we have ever seen. 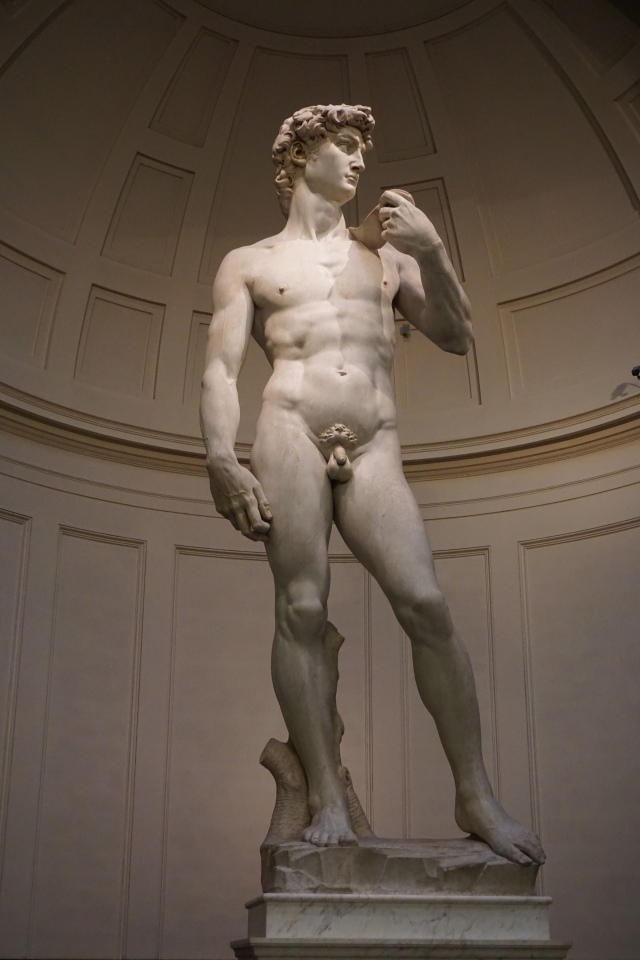 A full view of David.

David was created between 1501 and 1504 when Michelangelo was only in his 20’s.  David was originally commissioned for the Cathedral and was intended to be placed high above the ground.  However, when the David was unveiled, everyone decided it was far too perfect to be placed up high in the cathedral.  Eventually, the powers that be decided to place the statue in the Piazza della Signoria.  At nearly 17 feet tall and almost 12,500 pounds, it supposedly took four days and forty men to move the David 1/2 mile from Michelangelo’s workshop to the Piazza.  David stood there until 1873, when it was moved into the Galleria dell’Accademia. 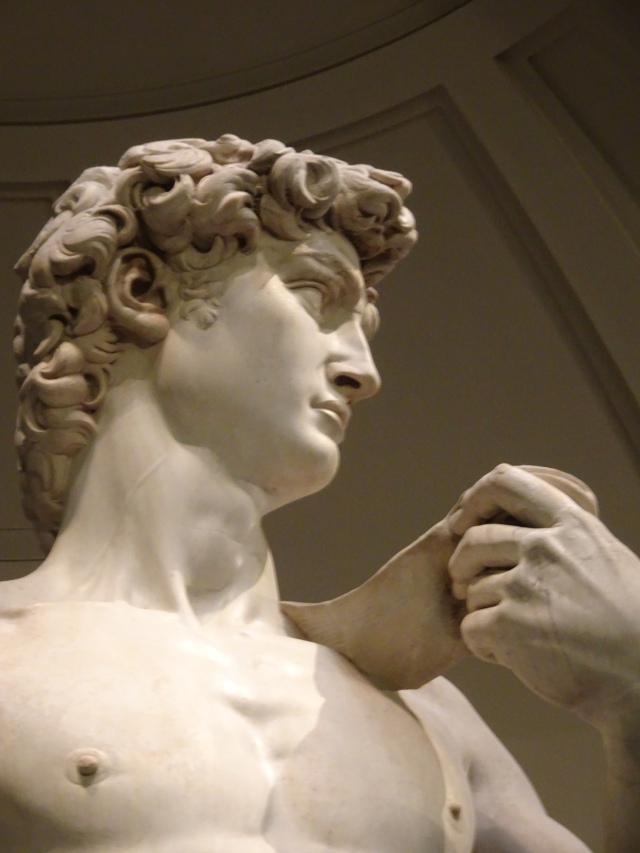 A close-up of David.

Unfortunately, with just a few exceptions, we didn’t find the rest of the Galleria dell’Accademia very impressive.  Most of the art is very old religious paintings.  Boring, boring, boring and not very good (at least from our uneducated, non-religious perspective).  But, there are a few additional pieces in the Galleria dell’Accademia worth seeing.  And, interestingly enough, they are by Michelangelo too.

One is Saint Matthew, a work that was intended to be installed in the Florence cathedral but was left unfinished when Michelangelo moved to Rome to sculpt 40 statues for the tomb of Pope Julius II.

Another is a group of four unfinished statues called either the Slaves or the Prisoners.  Some people claim that Michelangelo intentionally left these works unfinished to represent the struggle of humans to free themselves from material trappings.

Close-up of the Bearded Slave.

There are plenty of statues just sitting around outside in Florence (including several copies of David) that are absolutely free to see.  We both enjoyed the statue of Dante in Piazza Santa Croce.

We also enjoyed several of the statues at the Piazza della Signoria.

The Rape of the Sabine Women.

Perseus with the Head of Medusa.

Another place for cool sculptures is Ponte Santa Trinita which crosses the Arno River.  Statues representing each of the four seasons can be found on this bridge.  The bridge was blown up by retreating German soldiers in 1944 but rebuilt using original stones fished out of the water or stones from the same quarry.  The statues were likewise fished out of the Arno River and placed back on the rebuilt bridge (except for the head of Spring, which wasn’t found until 1961). 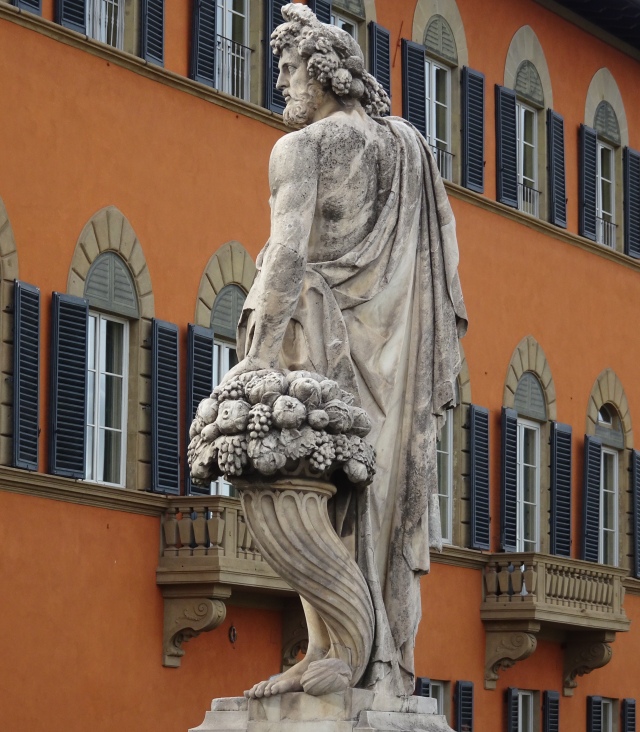 If you like statues at all, Florence will be your kind of place.

Lisa has a degree in biology and another in law and has spent the last 20 years working as a patent litigator. She is a voracious reader of young adult dystopian fiction and watches far too much bad tv. She loves pretty much anything to do with zombies, and doesn’t think there is anything weird about setting an alarm at 6 am on a weekend to stumble to a pub to watch her beloved Chelsea boys. Robert has had many professions, including a chef, a salesman, an IT guy and most recently, a stay at home dog dad. He speaks Italian and hopes to learn Spanish on this trip. He loves nothing more than a day spent sailing, hopes to do more scuba diving, and rues the day he introduced Lisa to football (i.e., soccer).
View all posts by theschneiduks →
This entry was posted in Italy and tagged florence. Bookmark the permalink.