Back in April when we were applying for our 60 day Indonesia visa, we had to buy a plane ticket out of Indonesia.  We had no idea where we wanted to go, so we looked for a cheap fare on a reputable airline to a city with lots of flight options.   Ding, ding, ding…. KLM had a cheap ticket to Singapore.  So, setting aside the fact that we knew darn well that Singapore was a very expensive city, we bought tickets to Singapore.  And, I have to say, after nearly two months in Bali, Singapore was a welcome change.  There is no rubbish strewn around the streets.  Yeah!  You can drink the tap water.  Yeah!  Bathrooms are clean.  Yeah!  The wine isn’t made in Bali.  Triple yeah!

We only had two full days in Singapore, but we crammed a fair amount in (both figuratively and literally).  Day 1 started with a trip to the botanic gardens (which are easily accessible using the subway).  The gardens are a UNESCO world heritage site but, more importantly, there is an orchid garden.  Beautiful! 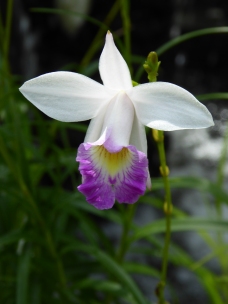 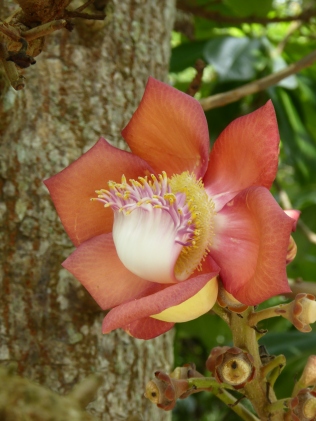 By the time we finished with the orchids, we were both a hot mess.  Dripping wet, dehydrated, and hungry.   So, we jumped back on the subway and made our way to ION Orchard Mall to visit a branch of Paradise Dynasty.  We first discovered Paradise Dynasty in Hong Kong back in 2015 and, I have to say, they make the best xiao long bao (soup dumplings) we have ever eaten.  Plus, they make an amazing cucumber and garlic dish and have hand-pulled noodles (lamian).   Imagine our delight when we realized they were a chain and had branches in Singapore!

After eating more than our fair share, it was off to do more exploring.  We hopped back on the subway and went down to the waterfront.  First stop was the Merlion statue. 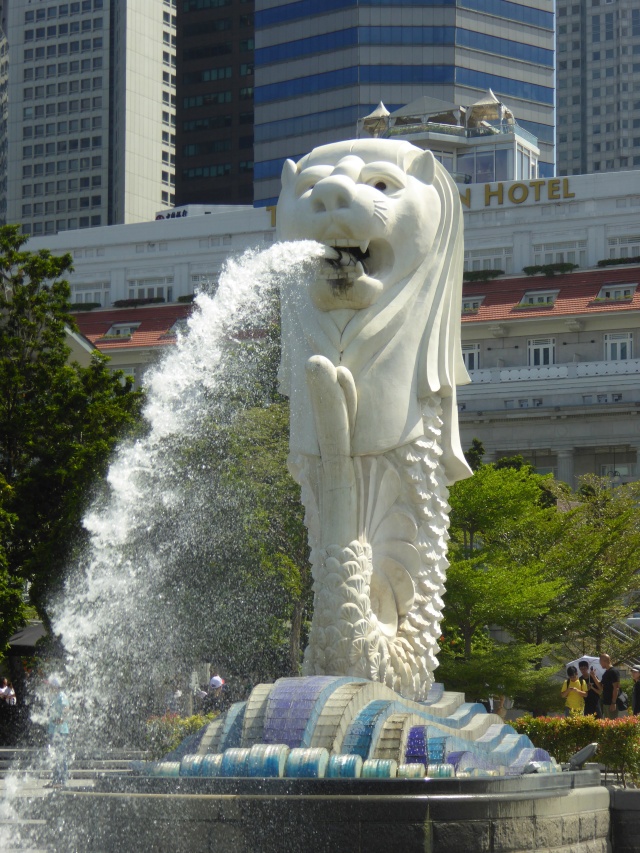 And views of Marina Bay Sands. 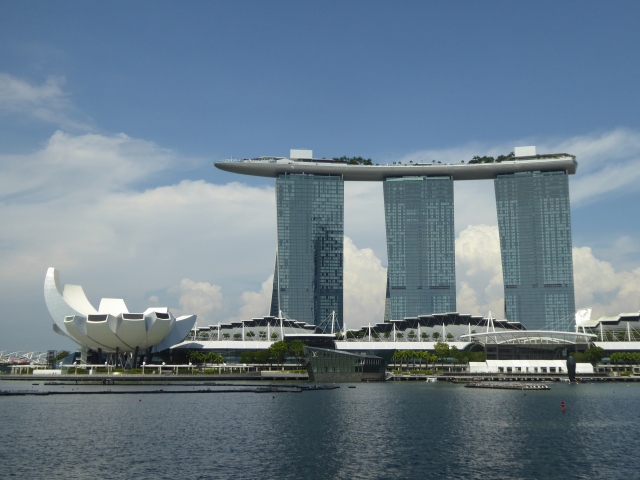 We, however, quickly grew tired of the hordes of tourists and decided to go for a walk along the river where we ran across these mirror balls.  If you zoom in on the second picture, you can see a teeny, tiny version of us.

Now you might wonder why we decided to walk in the horrible heat and humidity of Singapore.  Easy answer — to make room for more food!  After we cooled down from the walk, it was off to Little India for dinner.  I’m going to be dreaming about that garlic naan for some time….  Unfortunately, Indian food and Robert apparently no longer get along.  Getting old sucks!  He was up most of the night and was pretty much tethered to the bathroom for the first half of our second day.  So, the Bird Park is going to have to wait for our next visit to Singapore.

When Robert was finally able to leave the room, it was off to a hawker center for lunch.  I think he would have preferred to stay in the room a bit longer, but I was getting hangry and he definitely wanted to avoid the hitchy stage!  Poor Robert, out of all the food at the hawker center, he was limited to a sad little plate of chicken rice.  Fortunately for him, it was delicious.  (I chowed down on yet more Indian food).

Then, it was off to Marina Bay Sands.  We were looking for an electronics store, but instead stumbled across Din Tai Fung.  OK, OK, fine, we knew precisely where the Din Tai Fung was but honestly had no plans to stop.  That said, the call of more soup dumplings was simply irresistible.  I will, however, say, that Din Tai Fung was a bit disappointing after Paradise Dynasty.  That said, if we hadn’t eaten at Paradise Dynasty the previous day, these dumplings would have been excellent.

At this point, we both had what I like to call “extenda belly” and needed to do some more walking.  Good thing Gardens by the Bay is right outside of Marina Bay Sands.

While walking, we came upon some, ahem, interesting art. 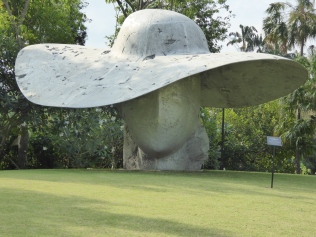 If you are wondering, yes the baby was somewhat anatomically correct (it was a boy).

Then, you guessed it, it was once again time for more food.  We made our way to Boon Tat Street behind Lau Pa Sat hawker center for satay.  Every night, they close down a block and about 10 hawkers set up stands of satay.  Chicken, shrimp, beef and mutton appear to be the main choices, with some corn on the cob thrown in for good measure.  No pork though.  A perfect way to end our time in Singapore.

Lisa has a degree in biology and another in law and has spent the last 20 years working as a patent litigator. She is a voracious reader of young adult dystopian fiction and watches far too much bad tv. She loves pretty much anything to do with zombies, and doesn’t think there is anything weird about setting an alarm at 6 am on a weekend to stumble to a pub to watch her beloved Chelsea boys. Robert has had many professions, including a chef, a salesman, an IT guy and most recently, a stay at home dog dad. He speaks Italian and hopes to learn Spanish on this trip. He loves nothing more than a day spent sailing, hopes to do more scuba diving, and rues the day he introduced Lisa to football (i.e., soccer).
View all posts by theschneiduks →
This entry was posted in Singapore and tagged street food, unesco world heritage site, what to eat in singapore. Bookmark the permalink.