A bit off the beaten track

So…when you have been to Bangkok multiple times, and you’ve already seen most of the famous sights, you start looking for off the beaten track sights to see.

We had been to the penis shrine (otherwise known as the Chao Mae Tuptim shrine) in 2015.  So, we needed something new this time. 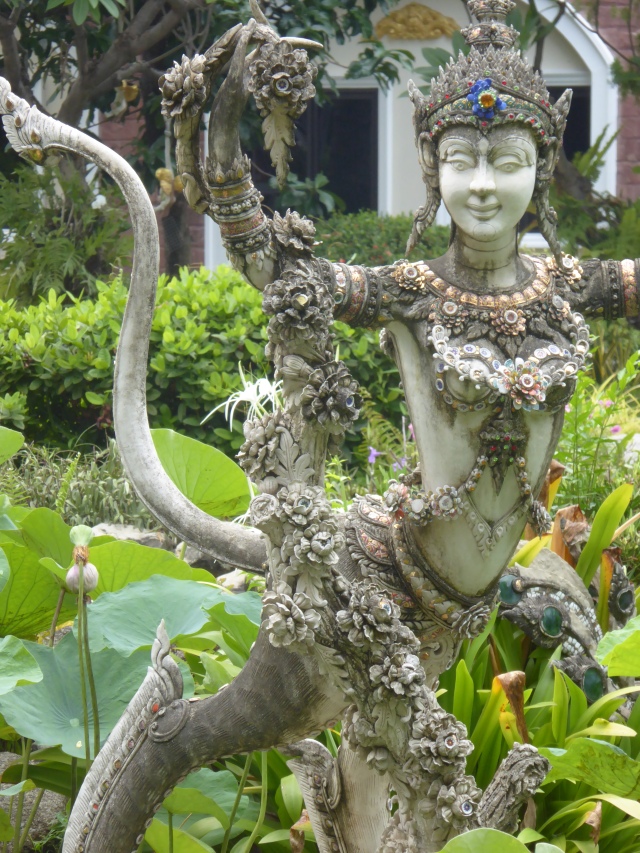 The Erawan Museum is on the very south side of Bangkok.  I’m not going to guess as to whether it is actually in a suburb or not, because Robert and I don’t really do suburbs, but it is pretty far south.

It is most well known for its three headed elephant (otherwise known as Erawan).  And it is virtually impossible to get a photo of it from the museum grounds but this one isn’t too bad. 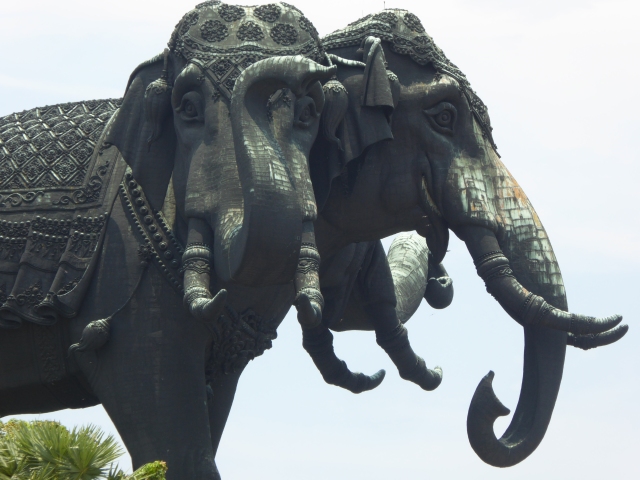 Inside the elephant is a variety of art work and religious artifacts.

And a really cool staircase and stained glass ceiling.

We actually liked the gardens the best.

But the best part of going to the Erawan museum is that we got there using public transportation.  It was really quite easy — we took the sky train to the Samrong stop, then hopped a bus to the museum.  Contrary to what Google maps says, the bus stop is right outside the entrance to the museum and the bus conductors will tell you when to get off the bus. 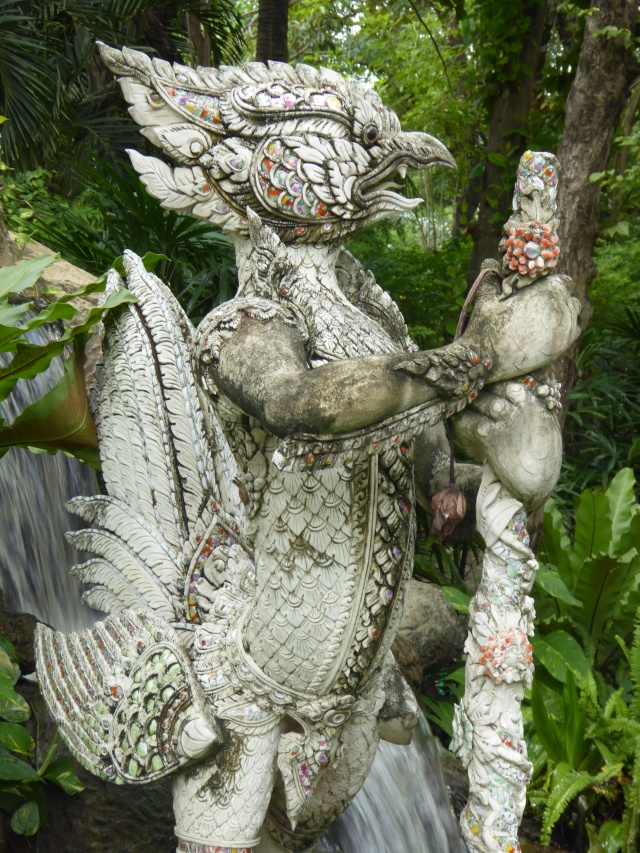 This certainly isn’t a “must do” for your first time in Bangkok, but it is well worth the trip on a repeat visit.

Lisa has a degree in biology and another in law and has spent the last 20 years working as a patent litigator. She is a voracious reader of young adult dystopian fiction and watches far too much bad tv. She loves pretty much anything to do with zombies, and doesn’t think there is anything weird about setting an alarm at 6 am on a weekend to stumble to a pub to watch her beloved Chelsea boys. Robert has had many professions, including a chef, a salesman, an IT guy and most recently, a stay at home dog dad. He speaks Italian and hopes to learn Spanish on this trip. He loves nothing more than a day spent sailing, hopes to do more scuba diving, and rues the day he introduced Lisa to football (i.e., soccer).
View all posts by theschneiduks →
This entry was posted in Thailand and tagged bangkok, off the beaten path. Bookmark the permalink.

1 Response to A bit off the beaten track