Guess who is back???

Posted on February 20, 2018 by theschneiduks

The Schneiduks have big, big news!  We have officially retired!

Well, perhaps we should be a bit more clear.  Lisa retired from the practice of law as of December 2017.  Robert, on the other hand, will likely never get to retire from the task of the care and feeding of Lisa….

But Robert can do his job from anywhere in the world.  So, after a couple of months of wrapping up our lives here in the U.S., PigFish Version 2 will officially start on May 9 when we depart for Thailand.  PigFish Version 2  will be the bigger, better, and — most importantly — much, much longer version of PigFish.  The current plan is a year in Asia, followed by a few months in Europe, and then a year in South America, followed by who knows what.

In the meantime, we have two road trips planned.  Our first trip was to Joshua Tree, where we got to see a ton of trees that look like they belong in a Dr. Seuss book.

We also got to see some cool rock formations.  And Lisa was totally shamed when a woman with 20 years on her talked her into walking up to an old abandoned mine and said “don’t worry, we will go as slow as you need to go and stop whenever you want.”  Guess all those years of sitting at a desk were not conducive to staying in shape…. 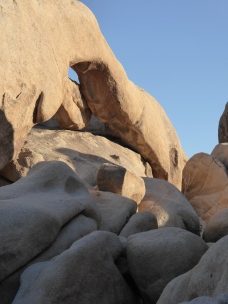 And we saw some nifty bushes. 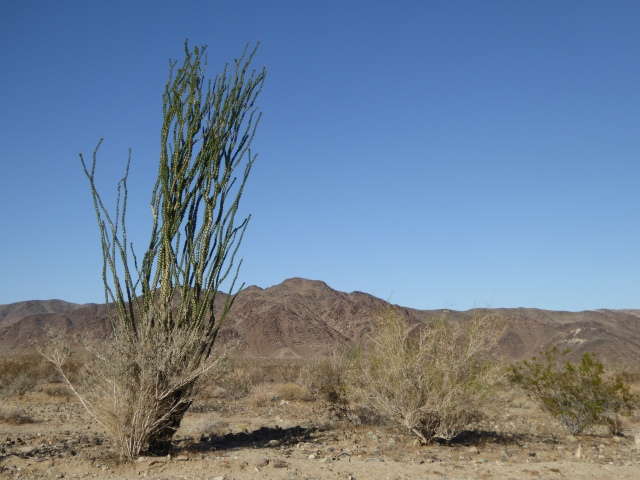 Robert even found a juniper bush.  He was quite disappointed to learn that gin doesn’t actually grow right on the bush. 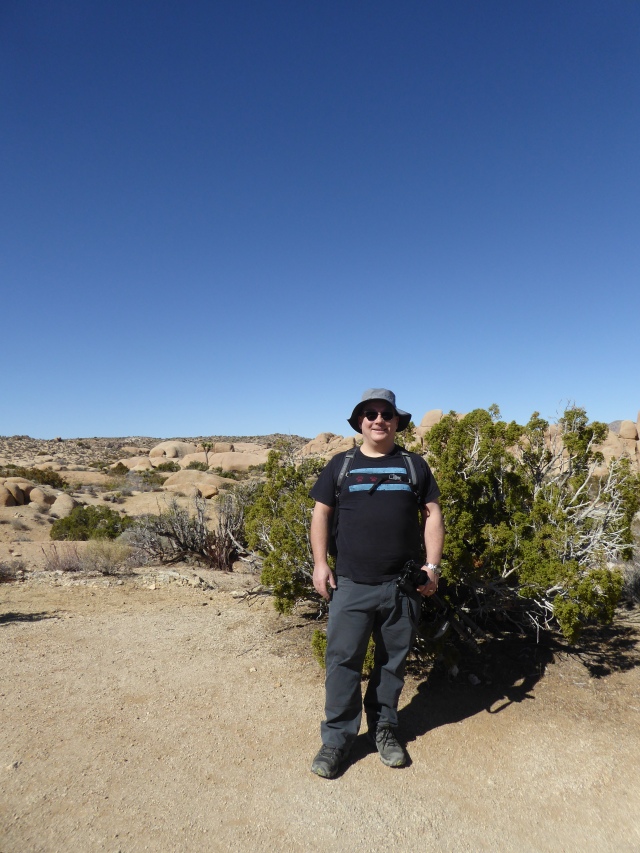 Lisa’s favorite plant though was the jumping cholla.  They are pretty cool.

Robert also took some amazing night photos.  The stars in the desert are out of this world.  We’ve only seen better stars once in our lives (and that was while boating down a river in Laos).  Unfortunately, being so close to LAX and San Diego, we had to contend with quite a few plane lights as well — at least they created some fun effects in the photos.

Other than this guy, we didn’t get to see much in the way of critters.  We did have a coyote trot by our car one night and could hear coyotes the second night (we momentarily wondered how stupid we were for being outside the car in the middle of the park in the dark). 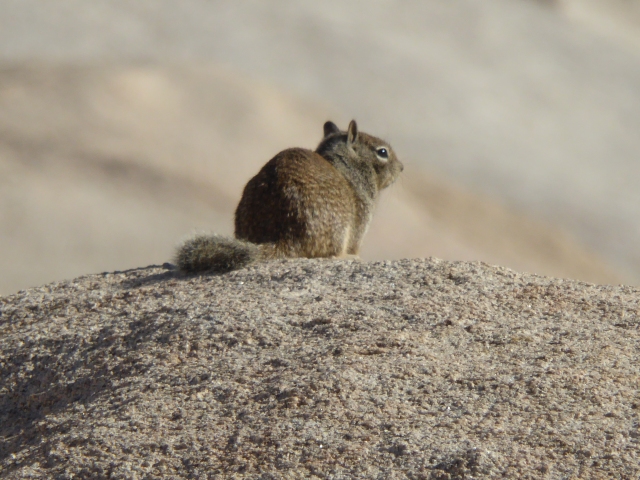 And, after leaving Joshua Tree, we drove by Palmer, where we ran into some wild burros.  They are adorable, but unfortunately have been taught that cars equal food so they come right up to all the cars begging for treats. 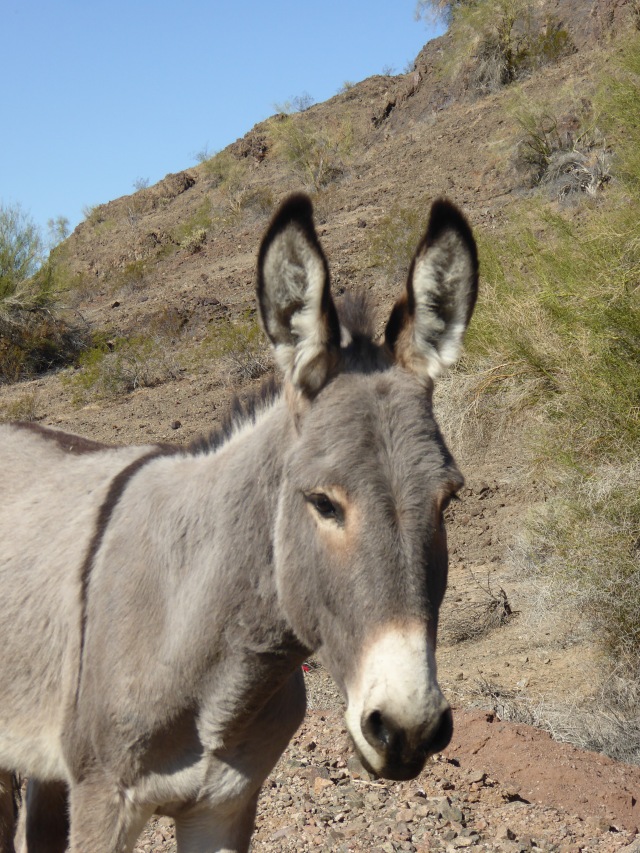 We are glad we saw Joshua Tree, but we both agree the desert is just not our thing.

More to come after the next road trip (which will involve BBQ and wine and New Orleans and which is much more our style….).

Lisa has a degree in biology and another in law and has spent the last 20 years working as a patent litigator. She is a voracious reader of young adult dystopian fiction and watches far too much bad tv. She loves pretty much anything to do with zombies, and doesn’t think there is anything weird about setting an alarm at 6 am on a weekend to stumble to a pub to watch her beloved Chelsea boys. Robert has had many professions, including a chef, a salesman, an IT guy and most recently, a stay at home dog dad. He speaks Italian and hopes to learn Spanish on this trip. He loves nothing more than a day spent sailing, hopes to do more scuba diving, and rues the day he introduced Lisa to football (i.e., soccer).
View all posts by theschneiduks →
This entry was posted in Arizona, Californina, United States and tagged national and state parks, nature photography. Bookmark the permalink.