Posted on October 9, 2015 by theschneiduks

We are off to Panama tomorrow after three weeks in Costa Rica.  We have surprisingly few “final thoughts” on Costa Rica.  Here goes. 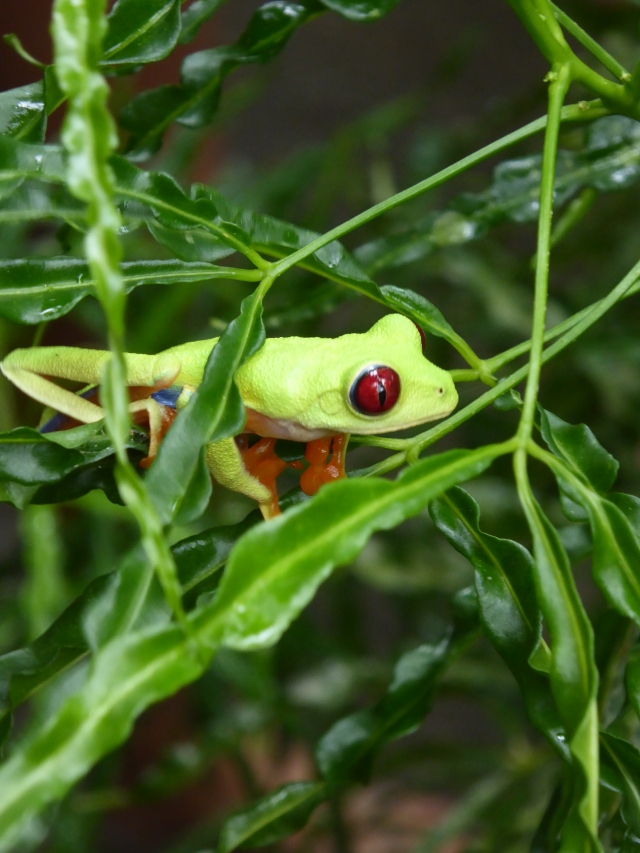 In every other hot country we have visited, ceiling fans can be found everywhere.  It is really quite incredible how a ceiling fan in the shade can keep things cool.  Costa Rica seriously needs to invest in some ceiling fans…

One of the best things about Costa Rica is the number of hotels with kitchens.  Sometimes a shared kitchen; sometimes a private kitchen.  It was really nice to have home cooked meals again.  The grocery stores are a bit limited, but we were always able to find chicken and herbs and pasta and olive oil — the makings for several delicious dinners.

Costa Rica is expensive.  Insanely expensive.  I’m hoping there are grocery stores that cater to the locals, because otherwise I don’t know how they afford to eat anything other than beans and rice. 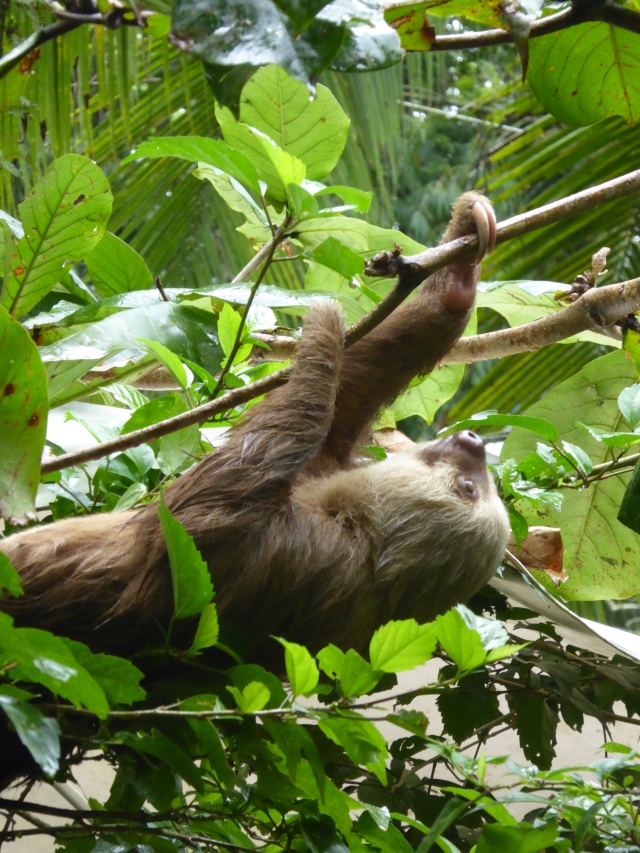 Sloth in a tree

Costa Rica is beautiful.  Insanely beautiful.  From the oceans to the mountains to the volcanoes to the rain forests to the lakes to the streams to the fields.  Every single bit of the country we saw was beautiful.

Costa Rica has far too many snakes.  We haven’t seen snakes anywhere else on PigFish and we ran into three of them in Costa Rica — and two were dangerously poisonous.  Yuck!

On the other hand, Costa Rica has sloths.  The sloths totally outweigh the snakes.  Come on, who thinks this even looks like a real animal???

Costa Rica is the first country we have been to where the hotels enforce check-in times.  They didn’t all do so, but several of our hotels did. 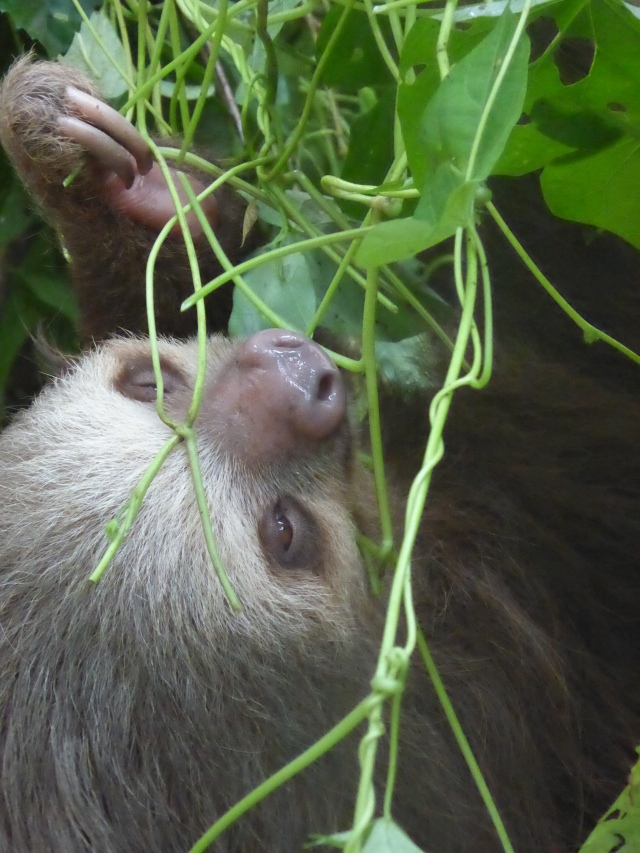 The food has improved immensely since we were here four years ago.  On our last trip, we laughed at how bad the food tasted — most of it didn’t even have pepper or salt and god forbid you were expecting anything as fancy as garlic.  This time, the food was well-seasoned.  And, the variety has increased quite a bit.  There is pizza, of course, but we also managed to find things like falafel and schwarma cooked by an Israeli.

The roads have also improved immensely since our last visit.  Most of them are actually paved now!  Go figure.  Unfortunately, the driving skills have not improved one single bit…

The differences between Nicaragua and Costa Rica are shocking.  From the perspective of an outsider, it seemed to us that the Costa Ricans have a far higher standard of living than the Nicaraguans.  I guess being a peaceful country has some real advantages… 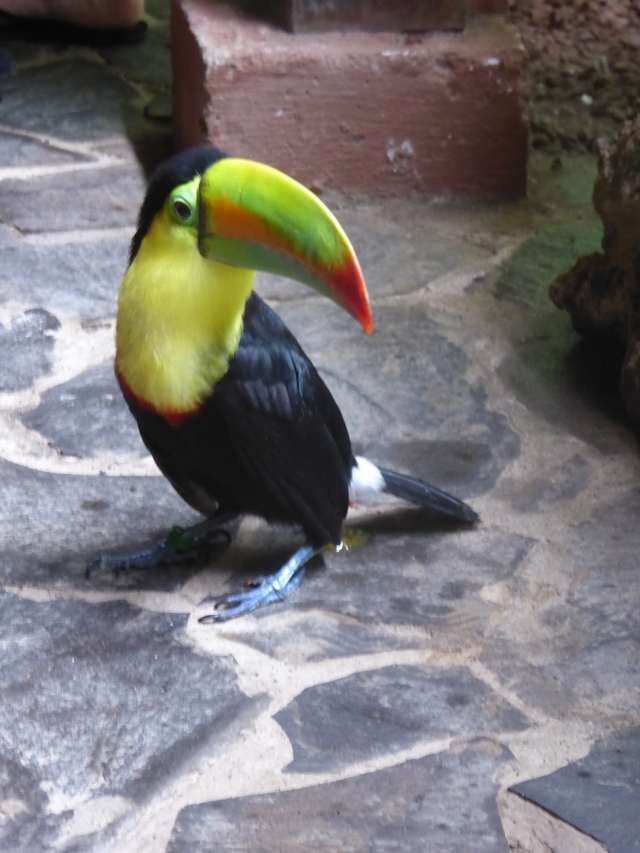 Lisa has a degree in biology and another in law and has spent the last 20 years working as a patent litigator. She is a voracious reader of young adult dystopian fiction and watches far too much bad tv. She loves pretty much anything to do with zombies, and doesn’t think there is anything weird about setting an alarm at 6 am on a weekend to stumble to a pub to watch her beloved Chelsea boys. Robert has had many professions, including a chef, a salesman, an IT guy and most recently, a stay at home dog dad. He speaks Italian and hopes to learn Spanish on this trip. He loves nothing more than a day spent sailing, hopes to do more scuba diving, and rues the day he introduced Lisa to football (i.e., soccer).
View all posts by theschneiduks →
This entry was posted in Costa Rica, Final Thoughts and tagged nature photography. Bookmark the permalink.