The critters of Ometepe

Posted on September 8, 2015 by theschneiduks

A bunch of small lizards of some sort:

A variety of beach dogs: 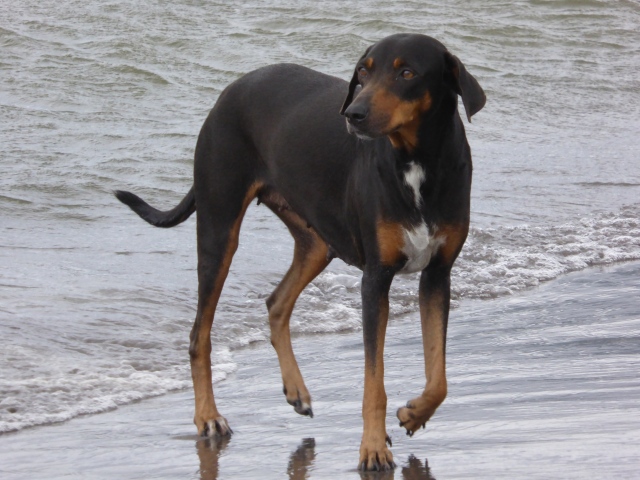 Friendly beach dog who was trying to play with the birds

And some crazy birds:

I think this is a magpie jay.

How cool are these? No idea what they are.

I’m assuming this is an egret

If anyone knows the name of any of these, feel free to let us know.  There is a guide to the birds of Ometepe available on-line, but there aren’t photos available for all the birds.

Unfortunately, we didn’t see my favorite (monkeys) today, but the island is apparently crawling with them so maybe tomorrow.

Lisa has a degree in biology and another in law and has spent the last 20 years working as a patent litigator. She is a voracious reader of young adult dystopian fiction and watches far too much bad tv. She loves pretty much anything to do with zombies, and doesn’t think there is anything weird about setting an alarm at 6 am on a weekend to stumble to a pub to watch her beloved Chelsea boys. Robert has had many professions, including a chef, a salesman, an IT guy and most recently, a stay at home dog dad. He speaks Italian and hopes to learn Spanish on this trip. He loves nothing more than a day spent sailing, hopes to do more scuba diving, and rues the day he introduced Lisa to football (i.e., soccer).
View all posts by theschneiduks →
This entry was posted in Nicaragua and tagged nature photography, ometepe. Bookmark the permalink.

4 Responses to The critters of Ometepe