Cardiff is one cool city

Lisa in a Tardis

We were so very excited to go to the Doctor Who Experience.  And then we arrived.  And our mood quickly changed.  The place is completely disorganized.  Even though we had timed tickets (which at first they could find no record of) and arrived 5 minutes before our window opened, we had to wait in line for a full 30 minutes to even get in.  The first “experience” is a visit to a “museum” which turns into a fake ride on the Tardis complete with strobe lights and shaking floors.  Dumb, dumb, dumb.  Even some of the little kids were rolling their eyes at how stupid it was.  Or maybe they were rolling their eyes at the screeching tour “guide.”  Hard to say. 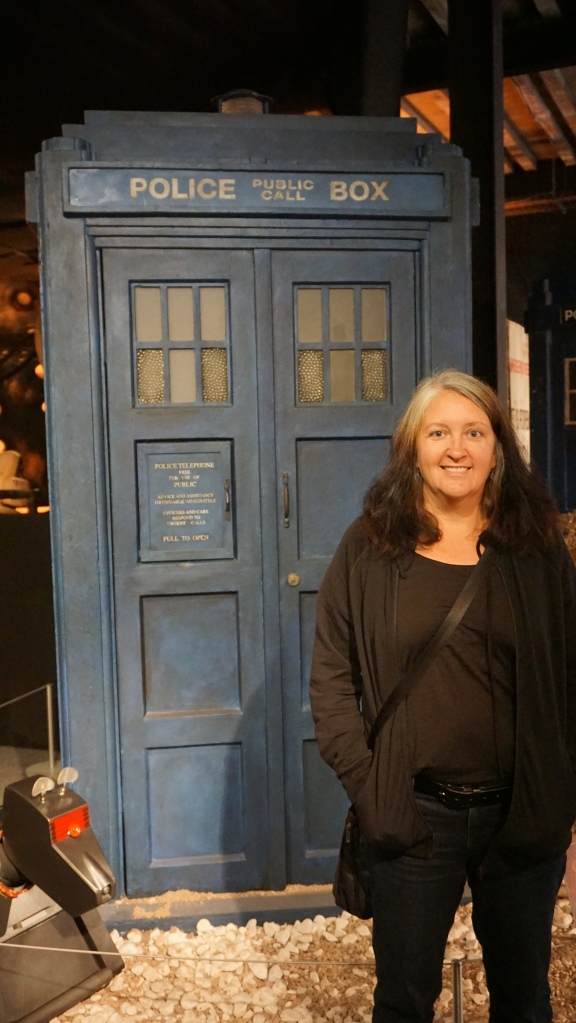 Lisa by a Tardis

After 25 excruciating minutes, they let us out into the main exhibit.  And, I have to say, the exhibit had some really cool things — several versions of the Tardis, K-9, the outfits worn by all the doctors, weeping angels, daleks, etc., etc.  Too bad the lighting was so bad and the placement of most of the objects was so bad that it was next to impossible to get good photos.  Unless, of course, you paid extra to have them take a photo for you with a green screen.

There was one redeeming feature of the visit though — we had paid extra for the walking tour of Doctor Who filming locations.  Worth.  Every.  Penny.  Our guide was funny and personable.  Plus, we got to see the Ianto Jones tribute wall, complete with photos taking by fans of Ianto and Jack Harkness action figures having a good time all around the world.

We would highly recommend the walking tour — just skip the rest of it.

And our walking tour introduced us to the beautiful city of Cardiff.  The waterfront, the architecture, the public art — all of it was so nice. 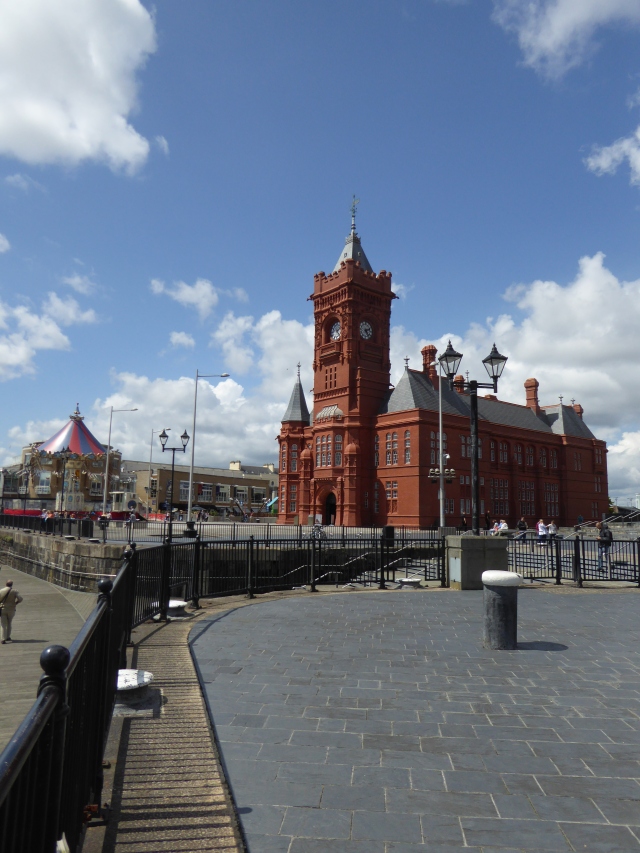 Art on the Cardiff waterfront

After that, it was off to visit Cardiff Castle.  We loved it — we spent about two hours exploring the place, walking the wall, and climbing to the top of the keep. 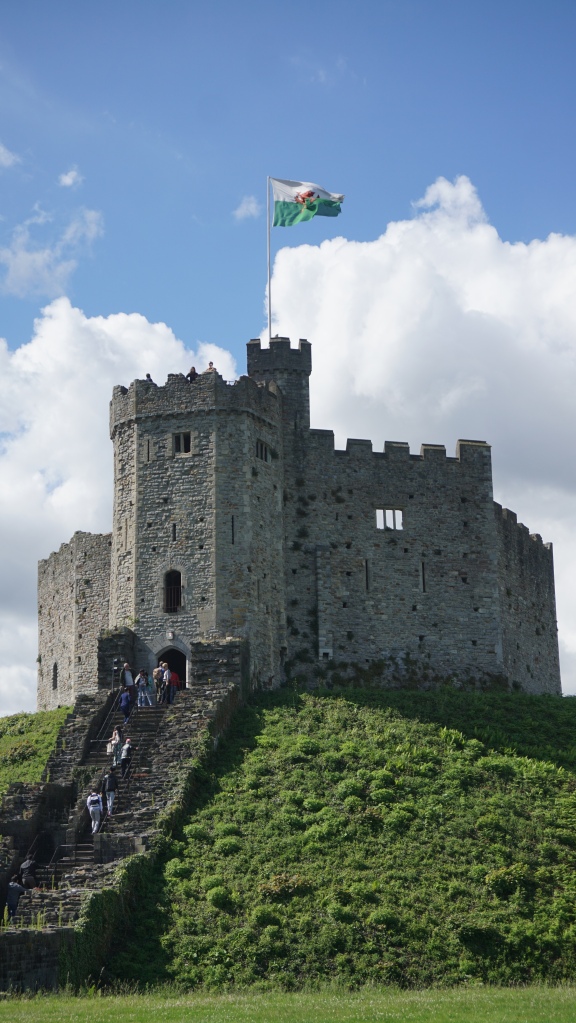 The keep at Cardiff castle

Robert did, however, get into a bit of trouble during our tour and they locked him up.  Too bad I didn’t have any rotten tomatoes to throw at him!

Robert in the stocks

Lisa has a degree in biology and another in law and has spent the last 20 years working as a patent litigator. She is a voracious reader of young adult dystopian fiction and watches far too much bad tv. She loves pretty much anything to do with zombies, and doesn’t think there is anything weird about setting an alarm at 6 am on a weekend to stumble to a pub to watch her beloved Chelsea boys. Robert has had many professions, including a chef, a salesman, an IT guy and most recently, a stay at home dog dad. He speaks Italian and hopes to learn Spanish on this trip. He loves nothing more than a day spent sailing, hopes to do more scuba diving, and rues the day he introduced Lisa to football (i.e., soccer).
View all posts by theschneiduks →
This entry was posted in United Kingdom, Wales. Bookmark the permalink.