What do Stonehenge, the Mona Lisa and the Sphinx have in common?

Well, I will tell you.  They are all more impressive before you see them.

Now, I’m not saying that we regret seeing any of them.  We don’t (well, Robert has never seen the Mona Lisa, but I have).  But in each case, the hype was more than the reality.

Stonehenge is cool, don’t get me wrong.  But it is just one circle of stones.  And not a particularly big circle.  And a circle you can’t actually get all that close to.  And a circle that all you can do is walk around — granted, the view is slightly different and the light is different (as you can see from the photos), but once you walk around the circle you are done.  And, it is expensive.  And, while we tried to avoid showing it in our photos, the crowds are sort of crazy.  And, in all honesty, we accidentally saw most of it simply driving by on the highway on our way to the hotel last night.  (I told Robert not to look, but he had already seen it).

So, we are glad we saw it, but we never need to go back.

Avebury on the other hand, we would go back to in a heartbeat.  I know, I know, you are asking what in the heck is Avebury?

Don’t worry, we hadn’t heard of it until last night.  A friendly patron at our hotel pub recommended that we skip Stonehenge altogether and just go to Avebury.  We didn’t do that, but boy are we glad we stopped by. 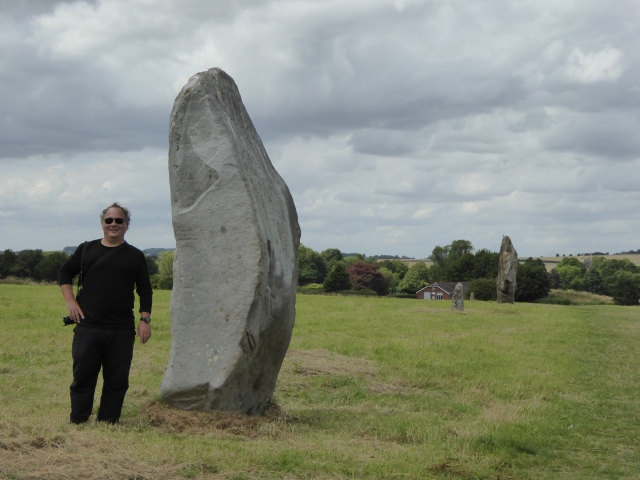 Avebury is just 30 miles or so from Stonehenge.  It is also — wait for it — a UNESCO World Heritage Site. You know, one of our favorite things… 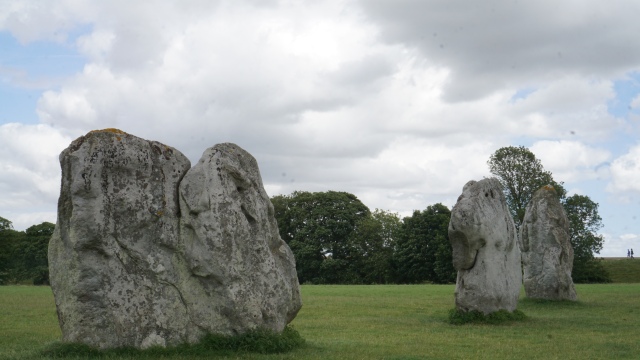 And, it is big.  Way bigger than Stonehenge.  In fact, it has the biggest stone circle in all of England.  Not only that, but there are three circles.  And — wait for it — the entrance fee is free.  And, the crowds are much smaller.  And, you can get right up close to the stones.  And the fields around it are beautiful. 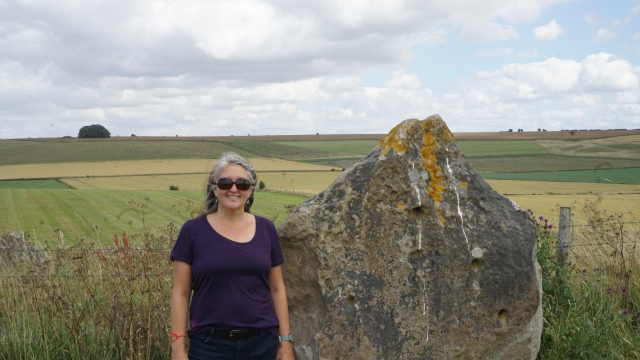 I’m telling you, go to Avebury.

Plus, if you are lucky, sheep will be grazing (our lounging) in the fields with the stones.

Lisa has a degree in biology and another in law and has spent the last 20 years working as a patent litigator. She is a voracious reader of young adult dystopian fiction and watches far too much bad tv. She loves pretty much anything to do with zombies, and doesn’t think there is anything weird about setting an alarm at 6 am on a weekend to stumble to a pub to watch her beloved Chelsea boys. Robert has had many professions, including a chef, a salesman, an IT guy and most recently, a stay at home dog dad. He speaks Italian and hopes to learn Spanish on this trip. He loves nothing more than a day spent sailing, hopes to do more scuba diving, and rues the day he introduced Lisa to football (i.e., soccer).
View all posts by theschneiduks →
This entry was posted in Scotland, United Kingdom. Bookmark the permalink.

1 Response to What do Stonehenge, the Mona Lisa and the Sphinx have in common?