Excursions during our safaris

During our first three days of safari, we went on several excursions outside of the game park.

First, we were off to meet Jessica the hippo.  Apparently, Jessica is the most famous hippo alive and something like 99 documentaries have been made about her (although we had never heard of her before learning about her from William our guide).

Jessica was orphaned in a flood back in 2000 as a premature baby.  She was raised by humans and thinks she is a human.  That said, she is also still wild.  She lives in a crocodile infested river and takes care of herself.  When she isn’t breaking furniture in the house of the people who raised her.  Until very recently, she also interacted with the other hippos that live in the river.  However, she was recently severely injured by another hippo.  While she is healing, they have put fences in the river to keep her away from the other hippos.  That said, once she is healed, they are hoping she will go back to the other hippos and get pregnant.  We each got a chance to feed Jessica sweet potato chunks, and Megan and I got a chance to kiss her.  Apparently, she has a “no boys allowed” rule when it comes to kissing! 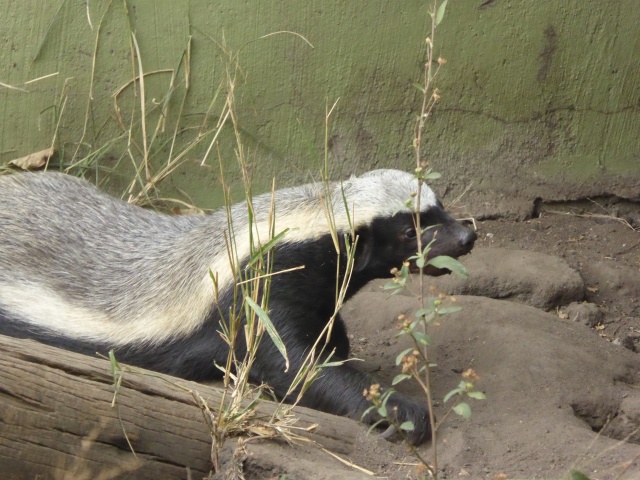 We also went to an animal rehabilitation center.  The center seems to be highly regarded and fairly successful at rehabilitating and re-releasing a variety of animals.  That said, they have a fair number of animals which, for one reason or another, can never be re-released.

We were kind of surprised at how graphic the initial presentation was, showing animals who had been caught in various traps and nearly died or died.  Unlikely that such a presentation would have been allowed in the U.S. given the number of kids in the audience, even if it was exactly the type of presentation likely to get through to the audience and turn them against poaching…

The highlight of our visit to the rehab center had to be meeting the world-famous Stoffel the honey badger and his friend.  Adorable (even if they don’t care).

We also had a chance to see wild dogs up close and personal.  Apparently, wild dogs are quite endangered, with only 200 or so left in all of Kruger.  Fascinating and beautiful creatures. 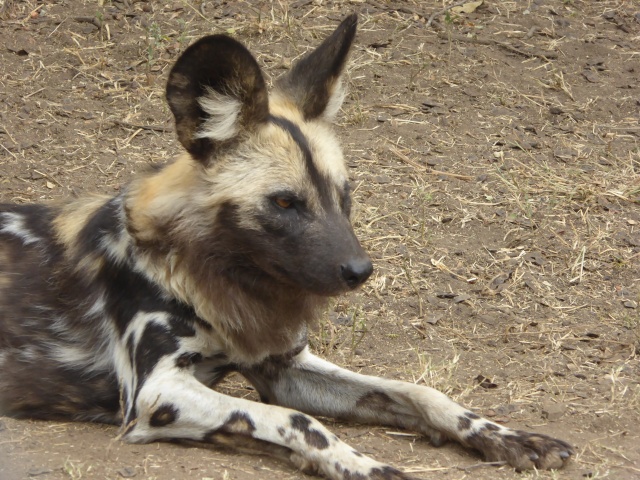 There were also some amazing birds.

An eagle of some sort (I think) 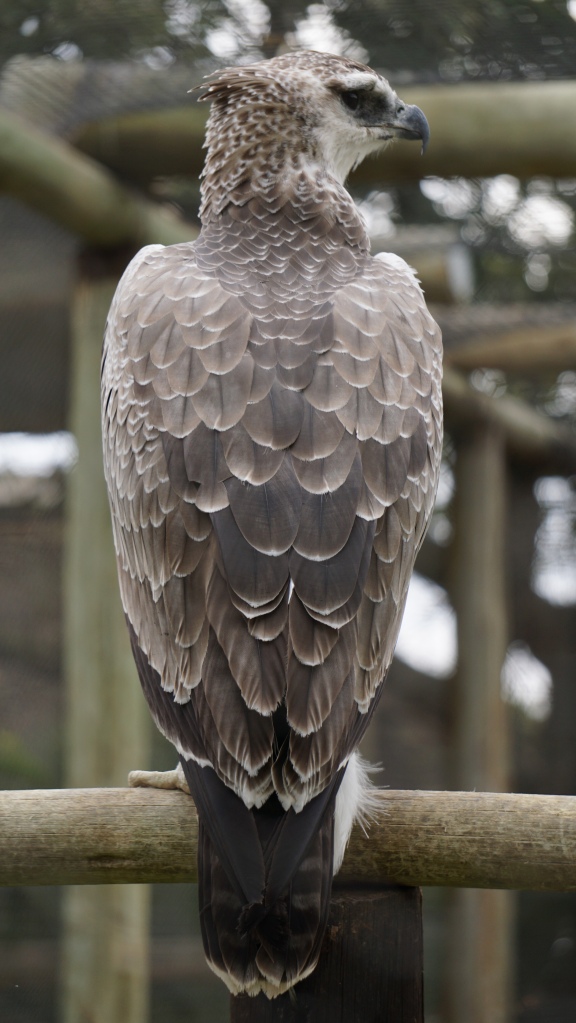 Another eagle (I think)

We also had the opportunity to feed vultures and pet eagles.  Robert chose not to do either activity, but you all know I didn’t decline.  I’ve never met a wild animal I didn’t want to touch…

Feeding a vulture — it was heavy!

The final excursion was to a cheetah breeding center.  I hate to say this, but the center left us a bit disappointed.  The cheetahs were all in small enclosures when we were there, and it was really kind of a let down.  Although, no doubt, getting to pet a cheetah in the wild probably tainted things for us….That said, the ostrich was really cute…

Lisa has a degree in biology and another in law and has spent the last 20 years working as a patent litigator. She is a voracious reader of young adult dystopian fiction and watches far too much bad tv. She loves pretty much anything to do with zombies, and doesn’t think there is anything weird about setting an alarm at 6 am on a weekend to stumble to a pub to watch her beloved Chelsea boys. Robert has had many professions, including a chef, a salesman, an IT guy and most recently, a stay at home dog dad. He speaks Italian and hopes to learn Spanish on this trip. He loves nothing more than a day spent sailing, hopes to do more scuba diving, and rues the day he introduced Lisa to football (i.e., soccer).
View all posts by theschneiduks →
This entry was posted in South Africa and tagged nature photography. Bookmark the permalink.