We made our way to the Pinnawala Elephant Orphanage today. Getting there was another adventure involving two local buses and a transfer at a random intersection.  But, I have to say, the people of Sri Lanka are absolutely amazing.  If we look even slightly lost, someone will stop and ask us if we need help.  So, after we got to the Kandy bus station, someone pretty much immediately directed us to another bus station 200 meters down the road.  And, after we got to the second bus station, someone pretty much immediately directed us to a third bus station across the street.  And, on each and every bus, the conductor made sure we got off where we were supposed to get off and pointed the way to the next bus.  So, all-in-all, getting to the orphanage by bus was pretty easy.

The Pinnawala Elephant Orphanage has been around since 1975 and was originally formed to care for orphaned elephants.  However, now they engage in elephant breeding and — at least according to wiki — have the largest herd in captivity anywhere in the world.

In all honesty, we weren’t sure if we should go to the orphanage.  One the one hand:  ELEPHANTS!!!!.  On the other hand:  you never know if the animals are mistreated.  But, the primary complaint we read about was that the animals get a bit too much human interaction.  (A fair criticism, given they sell tickets to feed the babies and given touts stand around selling fruit to feed the elephants while they are bathing).  Since the elephants are not released back into the wild, that didn’t seem like such a huge deal to us.  But, others may feel differently.

It turned out to be an absolutely amazing day.  The animals walk down to the river twice a day for bath time, and we managed to see both bath times.  The vast majority of the elephants are free to roam about the river, although a few were chained up.  (Not sure why.  Some looked like they might not be the most docile of elephants, while others were just babies).  The elephants really seemed to enjoy their time in the river and we saw plenty of elephants rolling around in the water and rolling around in the dirt.  Before both river trips, guests can bottle feed some of the babies.  And, guests can also walk around the fields where the elephants are kept when they are not in the river.  There is no riding of the elephants.  With one disappointing exception involving a particularly rambunctious baby, the mahouts seemed to treat the elephants very well.  And, they will take some great photos of you with the elephants (for tips, of course).

We ended up taking over 1000 photos.  Here are some of our favorites. 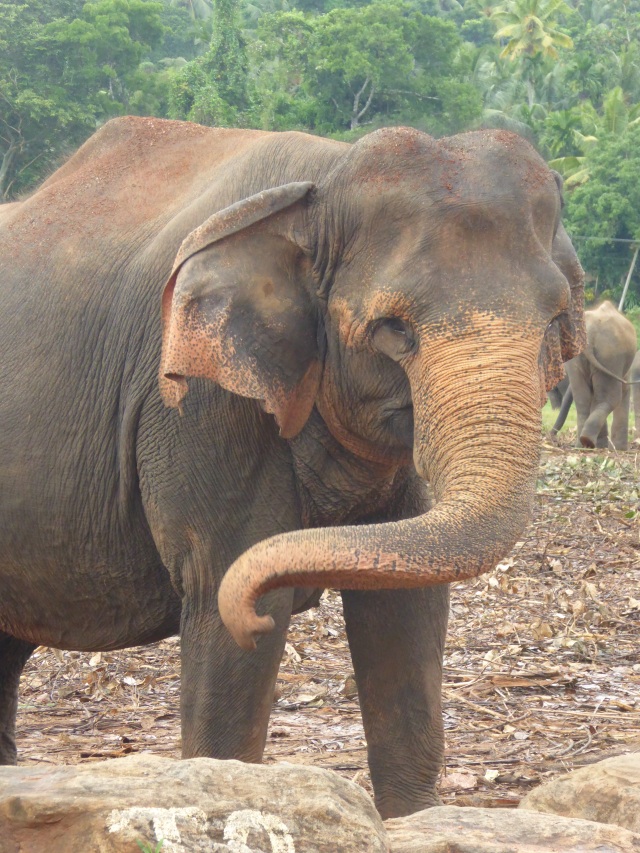 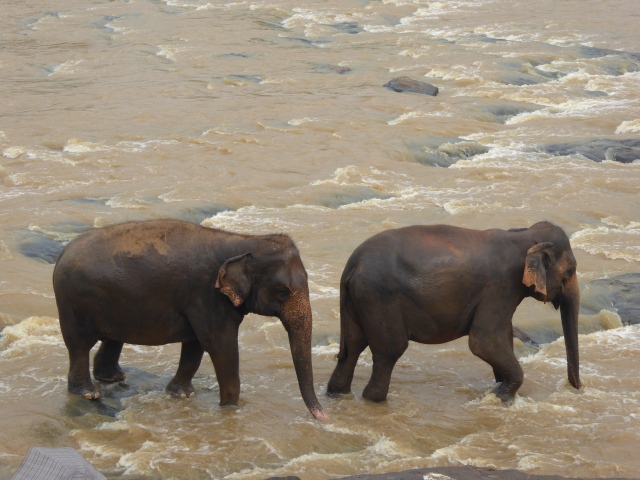 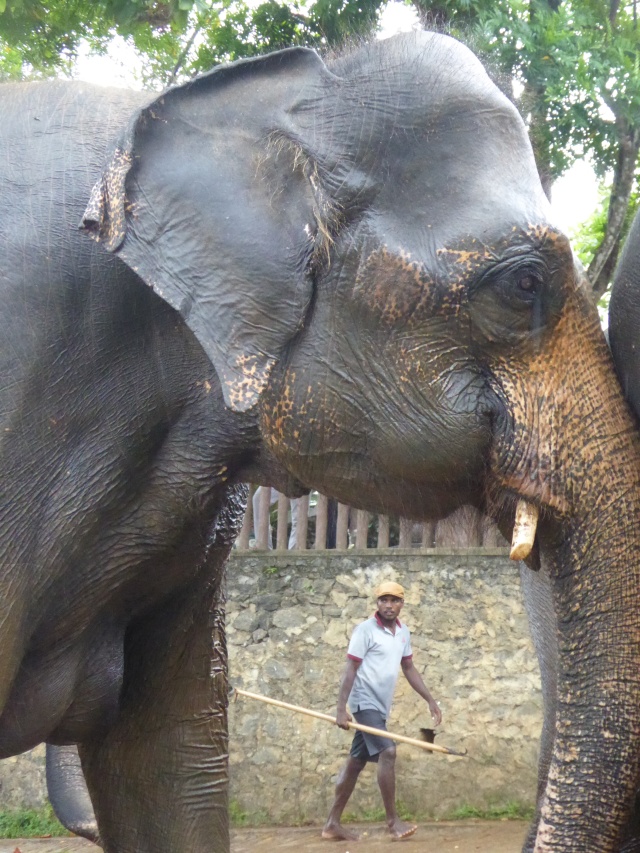 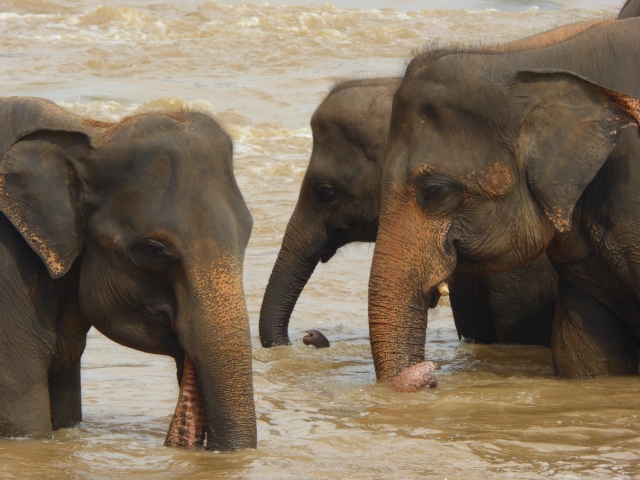 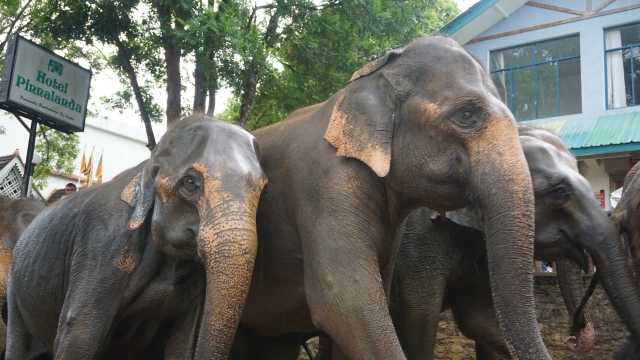 Lisa has a degree in biology and another in law and has spent the last 20 years working as a patent litigator. She is a voracious reader of young adult dystopian fiction and watches far too much bad tv. She loves pretty much anything to do with zombies, and doesn’t think there is anything weird about setting an alarm at 6 am on a weekend to stumble to a pub to watch her beloved Chelsea boys. Robert has had many professions, including a chef, a salesman, an IT guy and most recently, a stay at home dog dad. He speaks Italian and hopes to learn Spanish on this trip. He loves nothing more than a day spent sailing, hopes to do more scuba diving, and rues the day he introduced Lisa to football (i.e., soccer).
View all posts by theschneiduks →
This entry was posted in Sri Lanka and tagged nature photography. Bookmark the permalink.