So, we arrived in Singapore yesterday afternoon.  This city just might be the death of us…

Checked into the oh-so-luxurious Sofitel So in the Central Business District, dropped off our bags, and headed straight to the pool bar.  Why, you ask?  To drink bubbles in celebration of my birthday.   I’m pretty sure this was my first glass of bubbles since Hoi An.  It wasn’t Veuve, but it did the job. 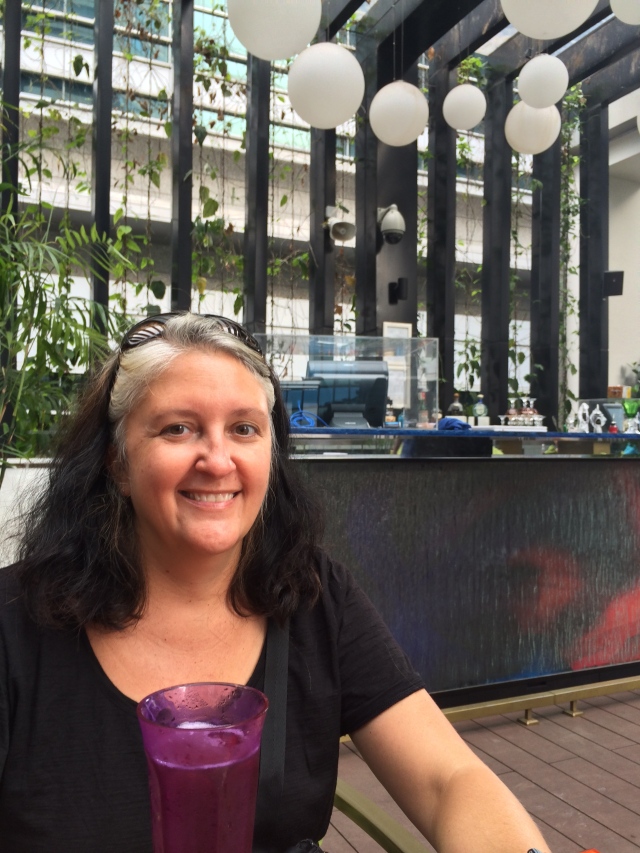 Got a nice view of the city skyline at night, while waiting for the laser light show to begin at Marina Bay Sands.  We even got to see a few fireworks for the opening ceremonies of the SEA games.  After that, we hit the local hawker food court right next to our hotel for dinner. 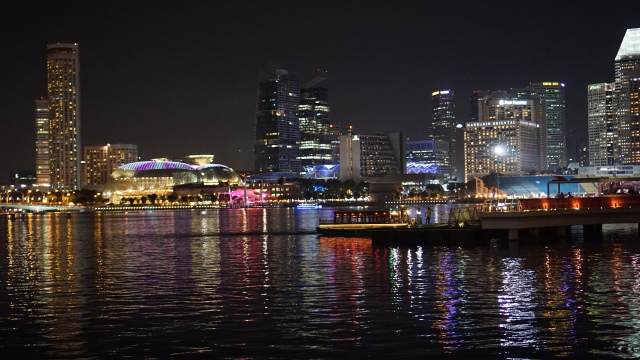 This morning, we jumped on the hop on hop off bus. 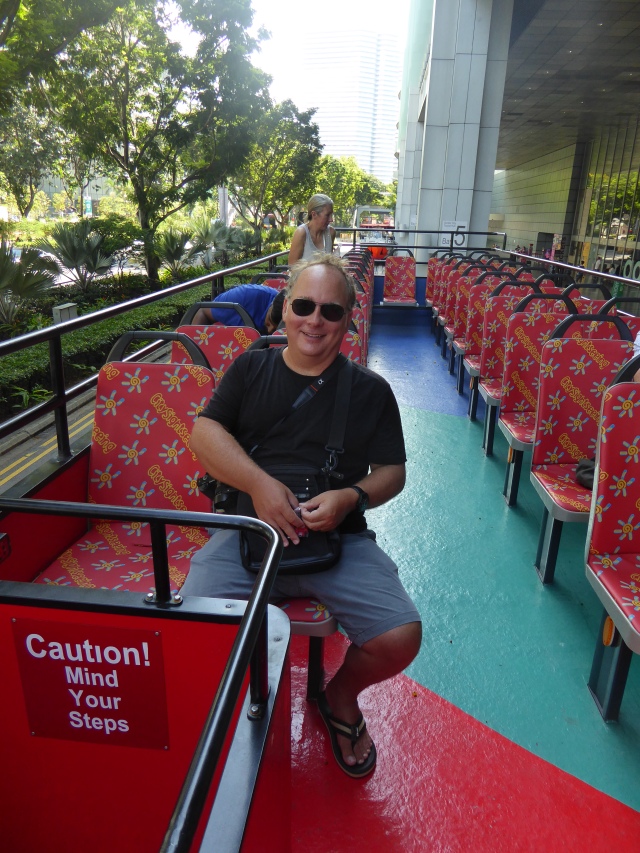 Robert on the hop on hop off bus

We visited Little India.  We had hoped to get some lunch there, but nothing hit our fancy.  We did, however, see a cool lion outside a Hindu temple. 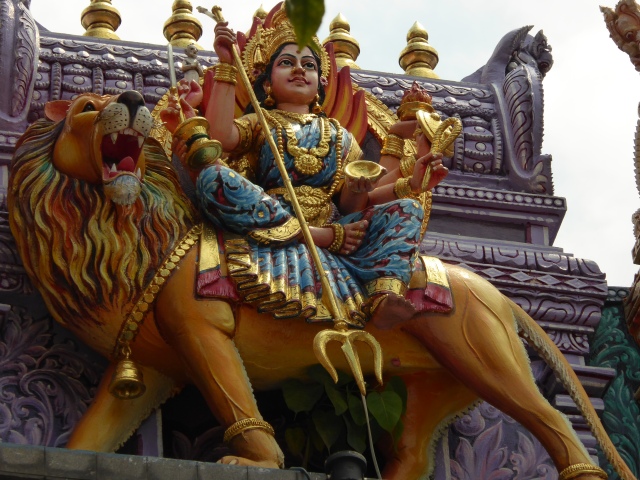 So we jumped back on the bus and visited Arab Street.  We are probably the only two people who have ever gone to Arab Street and eaten pizza….We were starving and it was good. 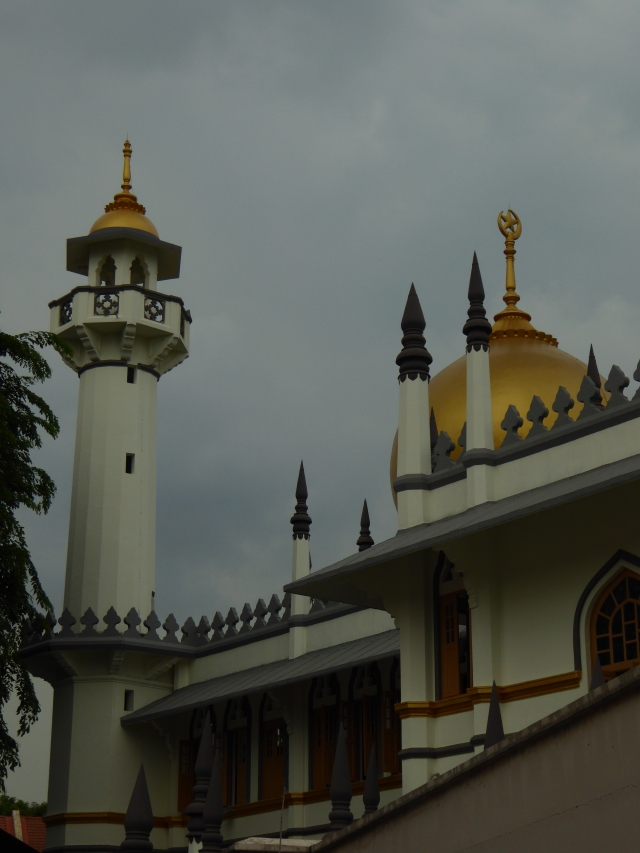 We then hopped back on the bus and visited China Town.  I was drawn to the cows on the Hindu temple in Chinatown.  (Go figure, I know). 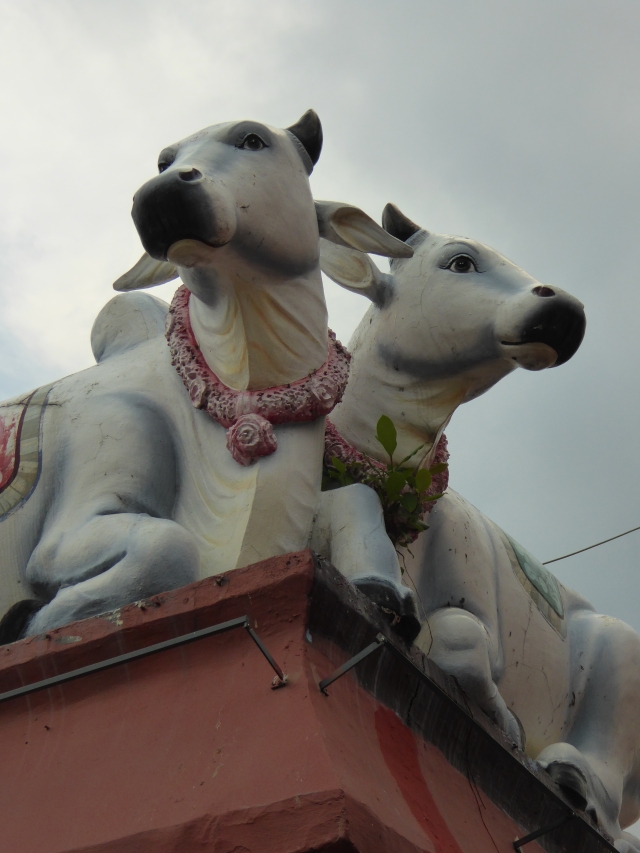 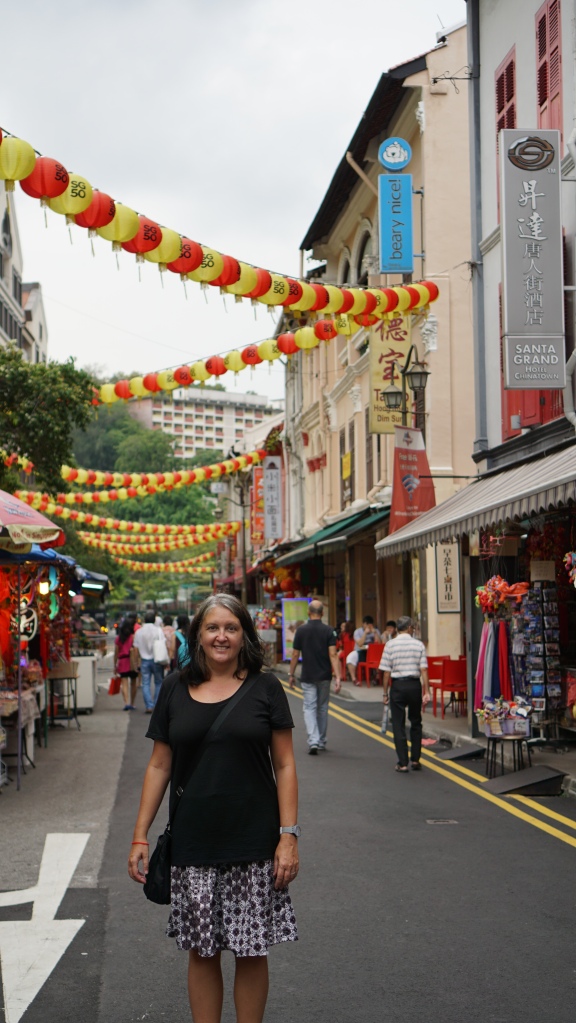 Robert was drawn to the Taiwanese sausage… 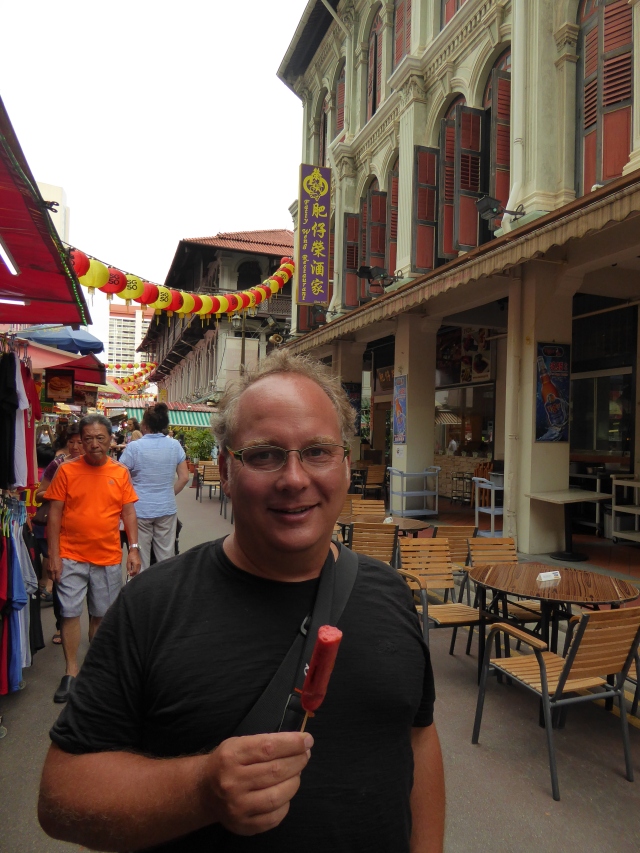 We then hopped back on the bus and visited Gardens By The Bay. 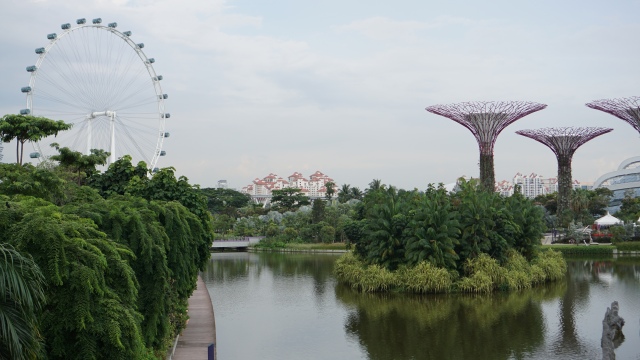 Gardens by the Bay and the Eye

We randomly happened upon some dragon boat races being held as part of the SEA games. 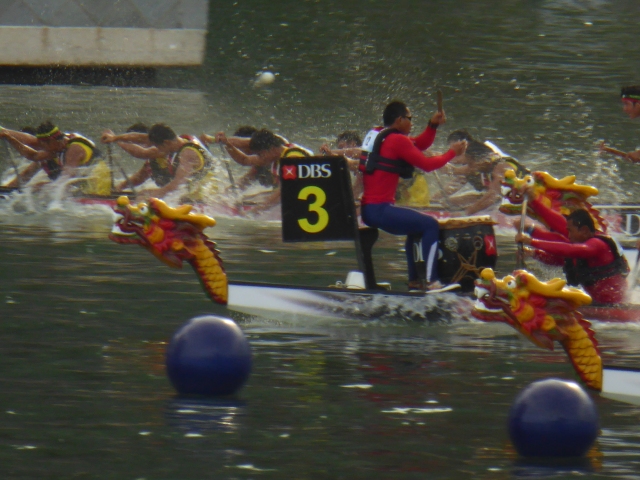 And then headed back to the hawker food court, where we ate the best satay of our lives. 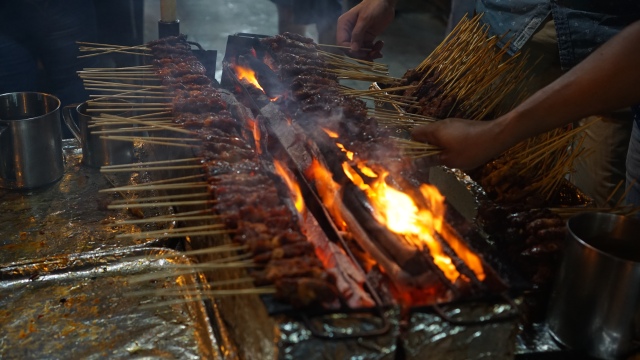 Plus, we found Nacho Cheese Doritos.

Oh, and we spent about 4 times our typical daily budget in one day…Thank goodness we are only here for four days…

Lisa has a degree in biology and another in law and has spent the last 20 years working as a patent litigator. She is a voracious reader of young adult dystopian fiction and watches far too much bad tv. She loves pretty much anything to do with zombies, and doesn’t think there is anything weird about setting an alarm at 6 am on a weekend to stumble to a pub to watch her beloved Chelsea boys. Robert has had many professions, including a chef, a salesman, an IT guy and most recently, a stay at home dog dad. He speaks Italian and hopes to learn Spanish on this trip. He loves nothing more than a day spent sailing, hopes to do more scuba diving, and rues the day he introduced Lisa to football (i.e., soccer).
View all posts by theschneiduks →
This entry was posted in Singapore and tagged what to eat in singapore. Bookmark the permalink.