We made our way from Georgetown to Langkawi via the ferry.  The ferry was a bit scary, because we were basically in a closed tube with no outside access and ferries seem to sink somewhat regularly in this part of the world.  But, Robert’s escape plan was not necessary and we made it safely.  We didn’t even kill the four German brats that were allowed to scamper around and scream the entire ferry ride — although I’m pretty sure that if we had there would have been a whole ferry of passengers willing to defend us.

Langkawi is…how do I put this…beautiful but odd.  The entire island is a duty free zone.  So, there are numerous stores selling duty free goods — they look just like the duty free stores in an international airport.  And the prices in these stores are rock bottom — Robert is seriously eying a bottle of Tanqueray for far less than it costs at home.  He keeps telling me that once he has had 5 drinks the bottle is less than bar prices!

Yet the prices for the activities here are through the roof.  And the food prices in the restaurants are far higher than we experienced in Penang or Kuala Lumpur.

So, we have spent most of our time here just relaxing.  The sunsets are beautiful. 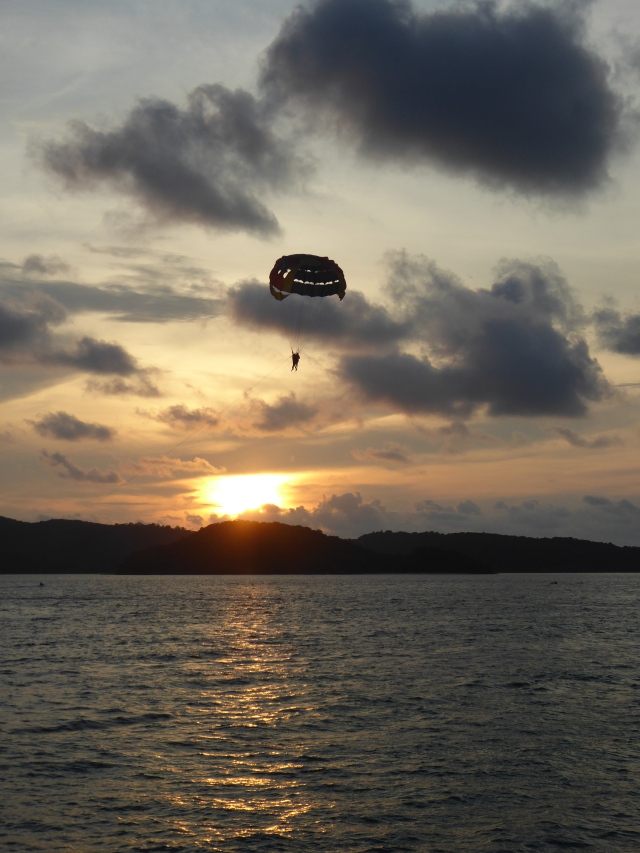 Our current hotel is slightly over a mile from the beach (which makes for long, hot walks to town) but abuts a field where most days we can see eagles hunting. 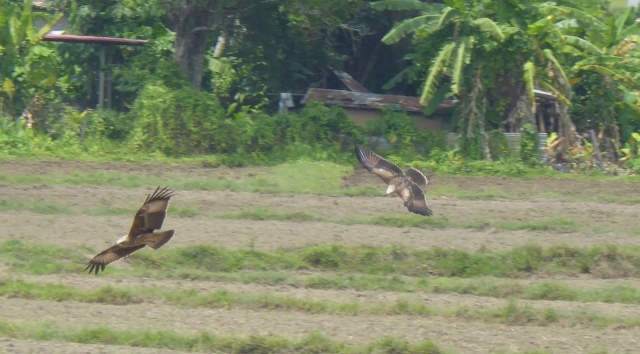 And a short scooter ride away is a nearly deserted beach. 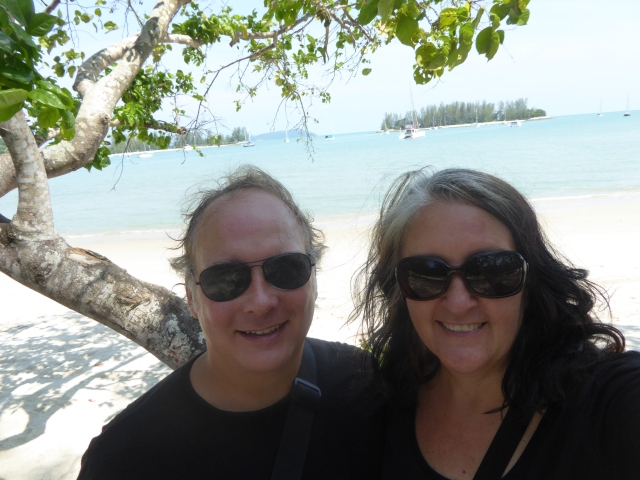 Lisa and Robert on a beach in Langkawi

We also have a confession to make.  We stopped in at a McDonald’s.  It was our first American fast food since December.  Now, there was a reason for it.  We met two guys from Kuala Lumpur who were vacationing here and they swore to us that McDonald’s has the best fried chicken in Malaysia.  Swore, I say.  Even after I put on my lawyer hat and did a serious cross-examination they held firm and said we wouldn’t find better fried chicken in Malaysia than at McDonald’s.  So, off we went. 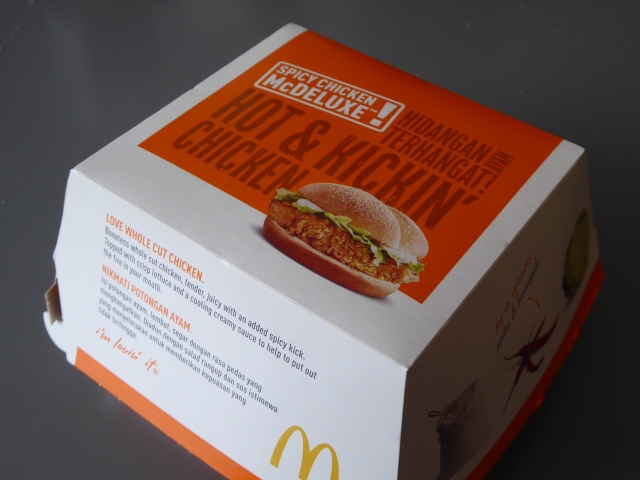 Let’s just say my cross-examination skills must be lacking after 5 months away from the office because the fried chicken tasted like you would expect McDonald’s fried chicken to taste…at least the fries were good!

We have at least 4 more nights here.  Not sure where we are headed next.  Might stay here a bit longer, might hit the southern Thai beaches, might head to the east cost of the Malaysian peninsula, might go to Bali.  Playing it by ear.

Lisa has a degree in biology and another in law and has spent the last 20 years working as a patent litigator. She is a voracious reader of young adult dystopian fiction and watches far too much bad tv. She loves pretty much anything to do with zombies, and doesn’t think there is anything weird about setting an alarm at 6 am on a weekend to stumble to a pub to watch her beloved Chelsea boys. Robert has had many professions, including a chef, a salesman, an IT guy and most recently, a stay at home dog dad. He speaks Italian and hopes to learn Spanish on this trip. He loves nothing more than a day spent sailing, hopes to do more scuba diving, and rues the day he introduced Lisa to football (i.e., soccer).
View all posts by theschneiduks →
This entry was posted in Malaysia and tagged langkawi. Bookmark the permalink.