Big news in the Schneiduk household…

We spent our last morning in Quy Nhon on our feet.  We walked about 8 km (there and back) to visit some Cham towers.  If wiki is to be believed, the Champa people lived in what is now Vietnam from the 7th Century until the early 19th Century. Their descendants are known as the Cham people and are considered a minority group in Vietnam today. 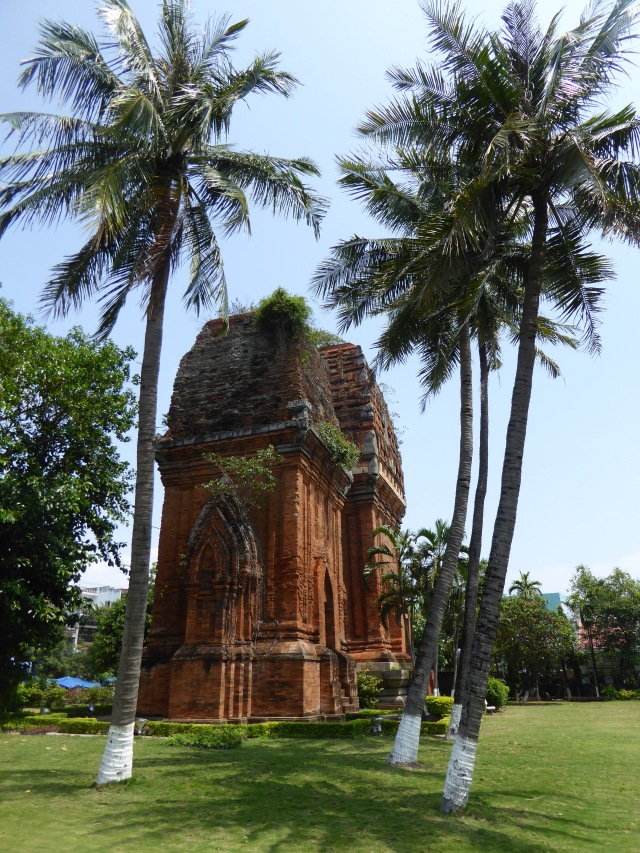 The towers in Qui Nhon are said to date from the 11th Century. They are right in town and surrounded by a nice park.  We were the only ones there for about 45 minutes and enjoyed poking around and going inside. 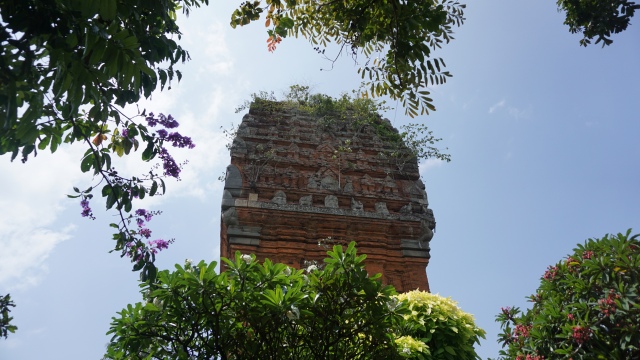 The walk was also quite nice, as Quy Nhon is so quiet, and we passed a small lake:

as well as a stuffed animal vendor:

Oh, and did I say we have big news?  We do, we do.  Although we spent the afternoon glued to our computers, it was well worth it.  WE BOOKED A SAFARI. In South Africa.  In July.  With two of our friends from Chicago.  And we booked tickets to London after the safari (although we don’t expect to spend much time at all in London proper — Wales and Ireland are calling us).  And we booked tickets to South America after London.  United frequent flier miles were our friend today…  I am a bit freaked out that we now have so much of the trip planned (although there is still a big gap between now and the safari and we don’t have anything planned after our arrival in South America), but it had to be done.

Lisa has a degree in biology and another in law and has spent the last 20 years working as a patent litigator. She is a voracious reader of young adult dystopian fiction and watches far too much bad tv. She loves pretty much anything to do with zombies, and doesn’t think there is anything weird about setting an alarm at 6 am on a weekend to stumble to a pub to watch her beloved Chelsea boys. Robert has had many professions, including a chef, a salesman, an IT guy and most recently, a stay at home dog dad. He speaks Italian and hopes to learn Spanish on this trip. He loves nothing more than a day spent sailing, hopes to do more scuba diving, and rues the day he introduced Lisa to football (i.e., soccer).
View all posts by theschneiduks →
This entry was posted in South Africa, Vietnam and tagged quy nhon. Bookmark the permalink.

1 Response to Big news in the Schneiduk household…