We spent the last three days in Saigon. I can’t say we really did much, but it was our fourth time here so we both kind of felt that we had already seen what there was to see.  That said, we enjoyed walking around the city, people watching in the various parks by our hotel (including watching the person feeding her pet pig at one park), and watching football at the coffee shop by our hotel. 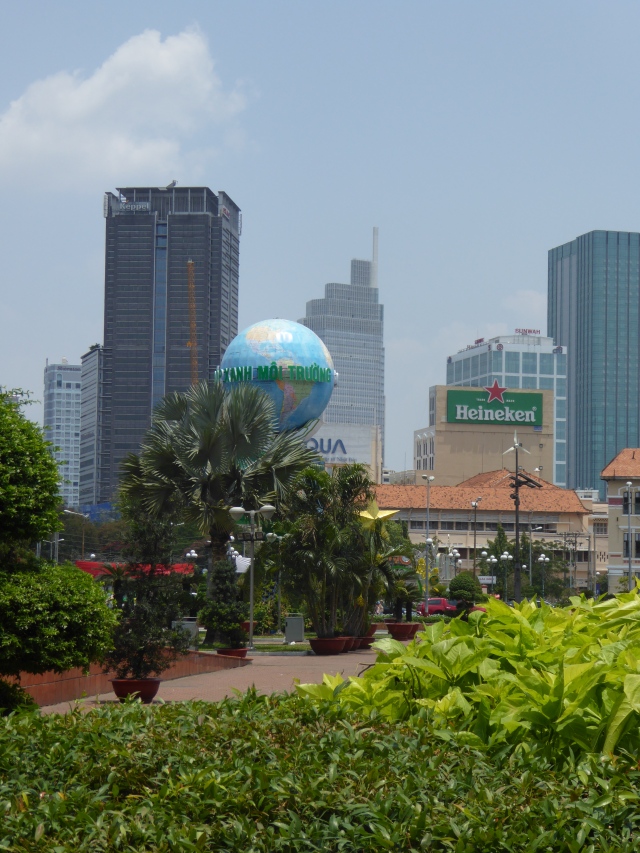 The amount the city has changed since we were last here in absolutely unbelievable.  The streets have become way more crowded, there are now pedestrian crosswalks at numerous intersections, and the scooters now seem to actively try to hit the tourists. 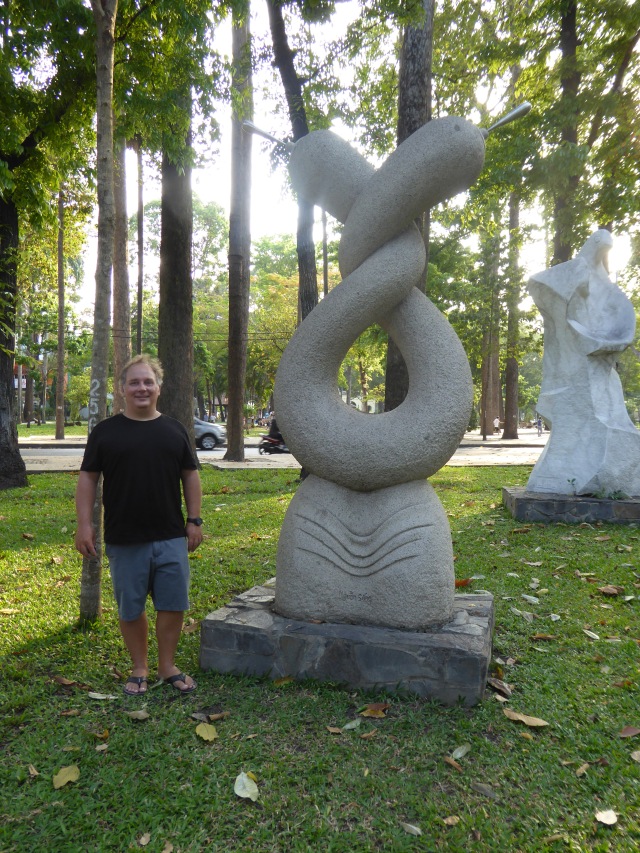 Robert in a Saigon park

As an added bonus, the city has become unbelievably expensive.  We stopped into the rooftop bar of the Rex Hotel.  The Rex is where the daily briefings were held during the Vietnam War.  Last time we were here, it was a hotel that had seen better days, but there were good drinks to be had on the rooftop.  Now, they want $15 for a cocktail and $7 for a local beer (one that costs less than 50 cents at a grocery store) — we turned right around and left.

Also, it used to be a piece of cake to get wine in Saigon.  Granted, it was Dalat wine (no two bottles taste the same, but they all taste bad…), but it was cheap and readily available.  Now, I think they have decided Dalat wine is something to be embarrassed of — most places we went into didn’t even serve wine and those that did only served imported wine at inflated prices.  A cheap Riesling that we drink frequently in Chicago was more expensive here than I have ever seen back home.

I think there are only two highlights from our visit this time. 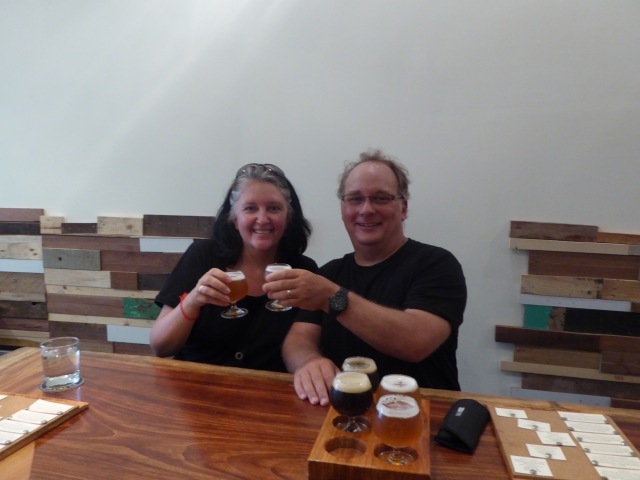 First, Robert loved Pasteur Street Brewing Company.  It is a small pub and the only thing they serve is beer brewed at a brewery about one hour out of Saigon.  The place is run by some people from Boulder, Colorado.  Robert had the tasting flight and was so happy with the saison that he nearly fell out of his chair.

Second, I loved the fact that two of the three nights we had dinner at restaurants where we were the only Western tourists in the place.  (Ok, ok, the other night we had pizza in the backpacker district…).  We went to an amazing Vietnamese restaurant by our hotel one night (a place Anthony Bourdain has recommended), where we had insane amounts of food for very little money.  We ordered one bahn xeo, one pork in clay pot, and one pork with vermicelli and I swear it was enough to feed six people.  We didn’t even come close to finishing.  Tonight, we went to a halal restaurant where I was the only woman not wearing a headscarf.  Again, we had amazing food for not much money.  I was a bit worried when we went in, but once it became clear we enjoyed the food, everyone started smiling at us.  Thankfully, Robert did not make me go to the restaurant by our hotel that only serves goat — we were there last time and, let me tell you, once is enough!

Tomorrow we head to the coast for some beach time.  We are both looking forward to the train ride there.

Lisa has a degree in biology and another in law and has spent the last 20 years working as a patent litigator. She is a voracious reader of young adult dystopian fiction and watches far too much bad tv. She loves pretty much anything to do with zombies, and doesn’t think there is anything weird about setting an alarm at 6 am on a weekend to stumble to a pub to watch her beloved Chelsea boys. Robert has had many professions, including a chef, a salesman, an IT guy and most recently, a stay at home dog dad. He speaks Italian and hopes to learn Spanish on this trip. He loves nothing more than a day spent sailing, hopes to do more scuba diving, and rues the day he introduced Lisa to football (i.e., soccer).
View all posts by theschneiduks →
This entry was posted in Vietnam and tagged saigon. Bookmark the permalink.